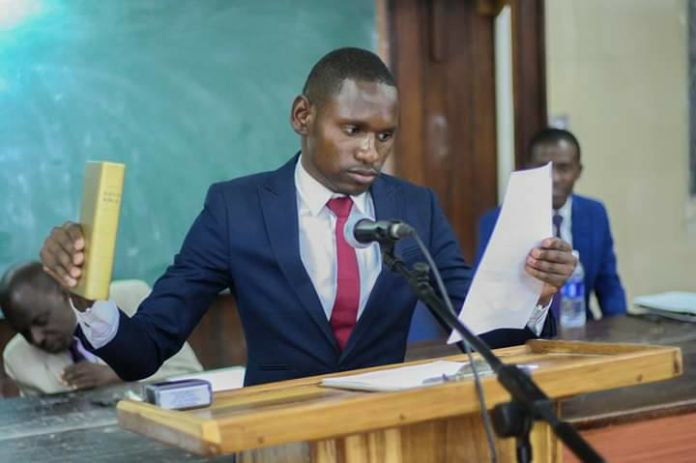 I don’t see why people are trying to make an issue out of this, it’s purely propaganda and the issue can be solved within one or two days.

And what Mr.Hamusunga is referring to as a small issue is actually misappropriation of student finances by the Union he leads, the union mandated to protect the very resources in case management interfered.

Mr Hamusunga, and perhaps the entire UNZASU executive seem to suggest that students are being foolish and unreasonable for questioning illicit spending and wrong project prioritisation by the Union.

There is even a hovering feeling among Union members that seem to suggest that the Union deserve a medal for honouring President Edgar Lungu with a drawing of himself costing K45, 000, or indeed that they deserve some praise for spending K14, 000 for a night out at Tiffany’s Canyon.

It looks like Warran and his cabinet needs to be reminded that there are a lot of things that a K45, 000 plus a K14, 000 would do to a 100 freshman students without meal allowances at the institution.

Could it be that UNZASU had forgotten that most bathrooms at the old residence are non-operational? Or did the Union forget altogether that there are students who are yet to pay a Ngwee for registration and would have been more than grateful to receive any portion of this money as a loan?

How could the union justify all such luxurious spending when both the country and the Institution (UNZA) are so much economically stressed to the point of breakdown?

Wait a moment, does the Union even make a budget at the beginning of the year or budgets are made based on emotions and dreams of those in UNZASU? And if indeed there is a budget, then who approves it and who are the other stakeholders involved other than the 15 inexperienced union members?

Perhaps it’s time external auditors were summoned to go through the UNZASU accounts to see how student monies are used, otherwise it is difficult to make sense of figures on the recent report by the Student Representative Council.

Students should also demand for suspension of anyone from the union leaders found wanting and indeed a possible jail sentence to serve as a bitter lesson to would-be offenders.

All those found guilty should also repay the money that they have stolen if any, for even the Bible demands so in Exodus 22:7;

If anyone gives a neighbour Silva or goods for safekeeping and they are stolen from the neighbour’s house, the thief, if caught, must pay back double.

Students should also not allow themselves to be glued to the UNZASU President’s recent nonsensical video explanation that could only be described as a failed comedy and mockery to the actual owners of the money that he and his cabinet have seriously misused.

Misuse of public money no matter how little, is a serious offense in Zambia, students have spoken and demand for accountability, your response UNZASU?

If you ever stayed or lived in Southern Province before, especially before the year 2000 going back, you must have head of the region’s...