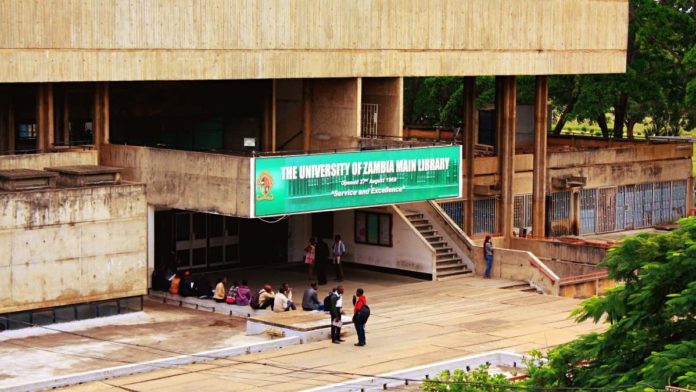 Student unions have done nothing but waste and mismanage student funds for far too long. The recent financial scandal that the University of Zambia Students Union (UNZASU) has found itself in only goes to prove this.

The unions have become bloated and inefficient institutions that run deficits and have virtually no oversight. And now is the time for students to ask the most important question; should they opt out of paying student union fees?

Supporters of student unions like to parade the fact that all decisions are made via a democratic framework. If you were to believe them, you’d think that every decision and how every ngwee is spent is decided upon by the student body, but this is far from the case.

Election turnouts at the University of Zambia’s student government have been so abysmally low that their results would never be accepted by the general public in a national election.

In the past six years, UNZASU election turnout has been so low that based on observation one could deduce that the turnout was in the 15 percentile or perhaps even less. Imagine if a president or an MP was elected by less than 5 percent of voters, would we still claim that they represent the interest of Zambians?

Yet student union representatives brazenly claim that they are speaking for the voice of all students, when a majority of who they represent didn’t participate in electing them.

The lack of interest in student government, emboldens “elected” representatives to believe they can get away with anything and engage in frivolous spending.

Student unions are plagued by corruption

At best, student unions are extremely inefficient, and at worst, they’re participating in the downright theft of student funds.

While running deficits might simply be a case of inexperience and financial illiteracy, some student union representatives have simply opted for defrauding their student body.

In 2004, the Dean of Students suspended the entire UNZASU executive at the Great East Road campus for alleged misappropriation of funds, a move that later resulted in the impeachment of the union’s president. In 2013, the Drug Enforcement Commission arrested UNZASU president Ali Tunkara for forgery, uttering of false documents and attempted theft involving K50, 000.

In the year that followed, the union was once again accused of misappropriating funds meant for the rehabilitation of the LT1. And in 2017 UNZA students looted the then president’s quarters after allegations emerged that he had used student funds to take his girlfriend on a vacation to Namibia.

As history will have it, this what we should expect when putting young and inexperienced people in charge of millions of kwachas.

Earlier in August, the UNZA’s Student Representative Council (SRC) launched an audit into their own student union after it was revealed that elected officials were defrauding student funds for personal pleasure.

A report by the SRC with figures obtained from the student finance office under the university’s bursar department revealed how some union leaders spent thousands on social outings, presents for the national president, student upkeep allowances and fresher’s bash performance.

According to the report, the union spent K14,590 and K6000 on social outings to Tiffany’s Canyon and Kalambo Falls respectively. Also, K12,450 was spent on signing an MoU on Non-violence Charter.

Student union fees are forced upon every student whether they like it or not. At the University of Zambia this fee is K45. It might not seem much but if you multiplied that fee with the total number of students at the university, which according to some estimates stands at 24, 000, what you will get is at least more than 1 million Kwacha

A lot of students don’t use the services managed or implemented by their student unions, while executives pocket money and make exorbitant salaries to buy cars and build houses.

Earlier this week, some irate UNZA students looted the union owned store – UNZA Spur, in what they claim to be a response to the SRC report.

If left alone without any proper oversight, student unions like UNZASU or COBUSU just become entitled cliques serving the interest of the few while wasting the money of the many.