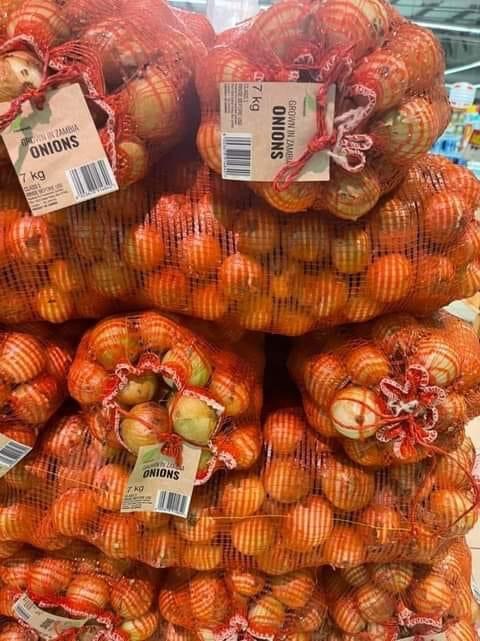 Fruits and Vegetables Traders Association of Zambia has commended local farmers for the constant supply of onions across the country following government’s decision to suspend the importation of the commodity.

In February this year, Ministry of Agriculture Permanent Secretary, Green Mbozi announced the suspension of the importation of onions and potatoes until further notice following a meeting held with the Zambia National Farmers Union (ZNFU).

In an interview with Lusaka Star, Association President Bernard Sikunyongana said this is the first time that the country has experienced constant supply of locally produced onions since January, 2020.

“I must commend the local farmers for this constant supply in the last two months because the country has always been relying on imports. We must congratulate ourselves for not having a shortage of onions and a price hike like we had experienced in the past two years,’’ Sikunyongana said.

He added that the suspension of onion imports has benefited local farmers as people shun locally produced onions once imported onions are allowed into the country.

And ZNFU Public Relations Manager, Kelvin Kaleyi, said the country has enough supply of onions from both small scale and commercial farmers that can satisfy the local demand.

“The country should ensure that it is self-sustainable in the production of wheat, potatoes, maize and onion, and this can only be achieved if we support our local industry in order to reduce on imports as a country.

“Despite people comparing the quality of onions being produced locally, it is important to consider that even the countries where we import from started on this same level,’’ Kaleyi said.

He added that despite ZNFU not determining the price of onions, the Union will ensure that no local farmer is exploited.

The United Kingdom has commended the Zambian Government for its response to the recent harassment of journalists at Radio Maria in Chipata and Power...