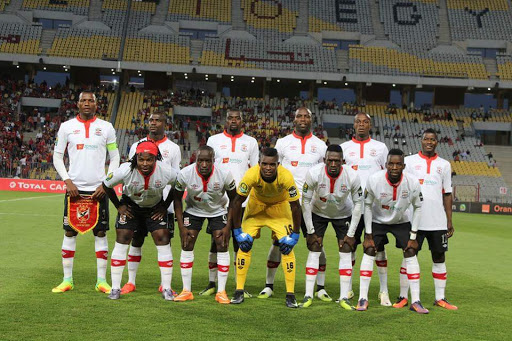 A Lusaka based soccer analyst has expressed his concern over the Zambia National Commercial Bank (ZANACO) Football Club being knocked out of the CAF Confederations Leg games on Sunday, 8th March 2020.

Speaking in an interview with the Lusaka Star, Aaron Mubanga said the bankers would have done a better job considering that they are professionals where football is concerned.

Mr Mubanga said the team messed it up after allowing a 3-0 loss when they faced the Egyptian giants a week ago.

He however commended the bankers for making it until the quarter finals.

Meanwhile, another soccer analyst Wankumbu Simukonda said that the team has potential and a win in the away game entails they have full potential of winning at home.

Mr Simukonda urged the team to work hard next time and make sure to utilize the home advantage so as to gain maximum points at home.

And a soccer fan Andrew Banda said he is pleased with the team’s playing skills and congratulated the team for creating history and being the first Zambian team to win in North Africa.

The bankers beat Pyramid 1-0 in Cairo in a Zambian Clubs 57th visit to North Africa but still was not enough as the team was eliminated 3-1 on aggregate at the quarter final stage of the CAF Confederations cup.

President Hakainde Hichilema says his government will actively take part in the century-old struggle to attain and promote gender equality among women and men...