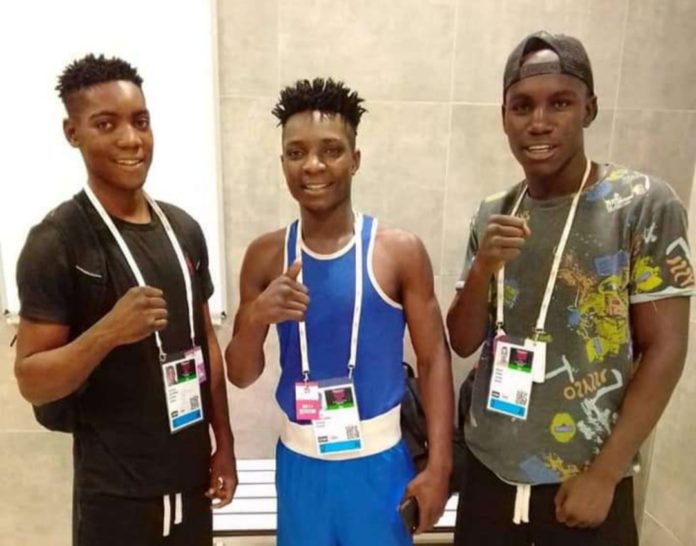 The National Olympic Council of Zambia (NOCZ) has congratulated boxers for clinching places at the Tokyo 2020 Olympic Games to be held in Japan.

NOCZ President Alfred Foloko made the congratulatory remarks through a press statement released to the media by NOCZ Communications Officer Felix Munyika.

According to the statement, Mr Foloko described the qualification of Everisto Mulenga, 19, Patrick Chinyemba, 19 and Stephen Zimba, 20, as a great achievement for the boxing federation in the country.

On behalf of the Olympic Movement in Zambia, I offer my warmest congratulations to the Boxers for qualifying to the Tokyo 2020 Olympic Games. We are very proud of what the boxers have achieved,

He has since appealed to the business world to come on board and assist the pugilists in preparing for the upcoming Olympic Games.

Meanwhile, Chinyemba sailed to the Tokyo 2020 Olympic games after sealing victory over Mozambican Juliano Maquina in the flyweight semi-final in the qualifying tournament.

Zambia participated in the last 13 editions of the of the Olympic Games with the most recent one being the Rio de Janeiro in 2016, Brazil.

The Boxing Road to Tokyo 2020 qualifying tournament in Dakar had 33 places with 22 for male and 11 for female boxers.

The 2020 Summer Olympics commonly known as the Tokyo 2020, is an upcoming international multi-sport event that is scheduled to take place from July 24th to August 9th 2020 in Tokyo, Japan with preliminary games starting two games earlier.

Government has assured truck drivers traversing between Zambia and South Africa of safety and that their concerns were had been attended to by both...