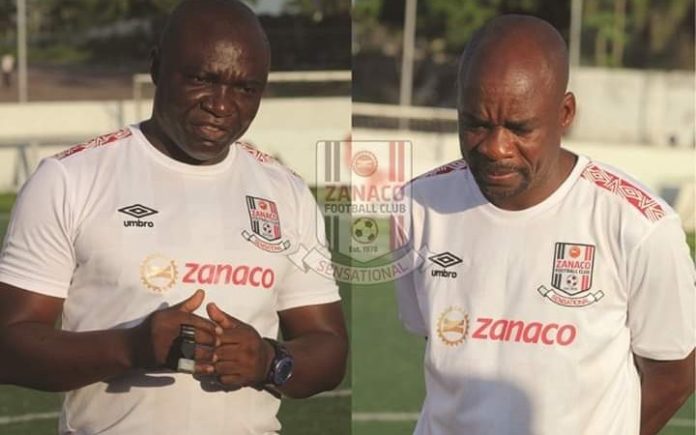 The Super Division side Sensational Zanaco Football Club has sent its head Coach and his assistant on indefinite administrative leave following a poor string of results.

The club’s General Manager, Malindi Kananda confirmed the development yesterday on the club’s official Facebook page stating that further details will be unveiled once investigations are concluded on the head coach Mumamba Numba and his assistant Kelvin Kaindu.

Yes we have sent coach Numba and his assistant Kaindu on an indefinite administrative leave following the team’s continuous poor run both in the league and Confederation of African Football (CAF).

He added that the team Manager Robin Munsaka and goalkeeper trainer Kalumba Mpunga would take charge of the team in the interim.

Meanwhile, Coach Numba revealed that such things happen in football and refused to comment further on the matter.

Zanaco F.C. has gone nine games without a win in all competitions including the 2019/20 CAF where they drew in all the three games.

The Bankers are currently fighting relegation with 13 points from 12 games played in the Super League and lie third in the Confederation Cup Group B with three points, four behind group leaders RS Berkane and one behind Darling Club Motema Pemba.

University of Zambia (UNZA) Biomedical Research Ethics Committee Chairperson Dr. Sody Munsaka has urged the public to be wary of lies made on immunity...