Lusaka StarService with Excellence
HomeColumnsWOMEN'S DRESS-CODE: Should there be a standard? 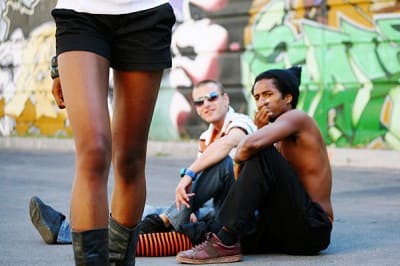 Earlier in March of 2017, a student at The University of Zambia was harassed and almost stripped naked by male students chanting “Tulyeko”, all for putting on a jean trousers, which they say was revealing and stimulated their “sexual appetite”. Again, not so long ago, a woman was stripped and beaten by call-boys in Lusaka’s Soweto market for putting on what they referred to as “indecent dressing”. The unidentified woman was humiliated and degraded by having her clothes torn to pieces as if the men aimed for mankind’s greatest sin nestled somewhere on her body. Rather than helping her, several men in the area joined in the act and assaulted her until she fainted and only woke up at the hospital several hours later.

The women present did not intervene either. This begs the question, are women wo do not intervene in such situations defending misogyny and gender inequality? The answer is not simple and straight forward, however, it is worth noting and understanding that culture and socialization plays a role in shaping this mentality; these are women who may have grown up believing they are not good enough, that they are not capable, and more importantly, are not complete on their own.

In Lusaka and other big towns, it is not uncommon for such an incident to occur. In 2016 alone, at least six stripping attacks had been reported in Lusaka and Copperbelt Provinces.

The attack at Soweto market was filmed by witnesses and went viral on social media. For many who defended the incident, it is a question of “decency”. According to people who hold this view, the objective of such violence is to bring individual behavior in line with radical interpretation of decency and public morality. But where does this narrow interpretation stem from?

One might point out that the source of such interpretation is culture and tradition. It is only fair to note that these people are a product of a society and culture that has raised them to think of women as being inherently guilty. And they have been raised to think so little of men that the idea of a man being a savage without any control is somehow acceptable and perfectly natural.

This is a gender issue, and such are not easy conversations to have. They makes people uncomfortable, sometimes even irritable. Both men and women are resistant to talk about gender, or are quick to dismiss the problems of gender. Because thinking of changing the status quo is always uncomfortable and raises eyebrows.

Men and women are undeniably different in terms of their physical make up and biological abilities, and men are physically stronger. So, in a literal way, men rule the world. And this made sense a thousand years ago. Because human beings lived then in a world in which physical strength was the most important attribute for survival; the physically stronger person was more likely to lead. But today we live in a vastly different world. The person more likely to lead is not the physically stronger person, it is the more creative person, the more intelligent person, the more innovative person, and there are no hormones for those attributes. A man is as likely as a woman to be intelligent, to be creative, and to be innovative. The world has evolved but it seems ideas of gender have not evolved.

The problem with gender is that it prescribes how we should be rather than recognizing how we are.

Women should not feel the need to be apologetic for their femininity. They ought to be respected in their femaleness, because they deserve to be.

All these problems with gender present in today’s modern society are all as a result of culture. But culture is constantly changing, and culture does not make people, people make culture.

Then, should there be a standard on women’s dress-code?

The University of Zambia acting deputy vice chancellor, Prof. Bizedi Phiri says, “In order to foster development and ensuring that we enhance capacity for...