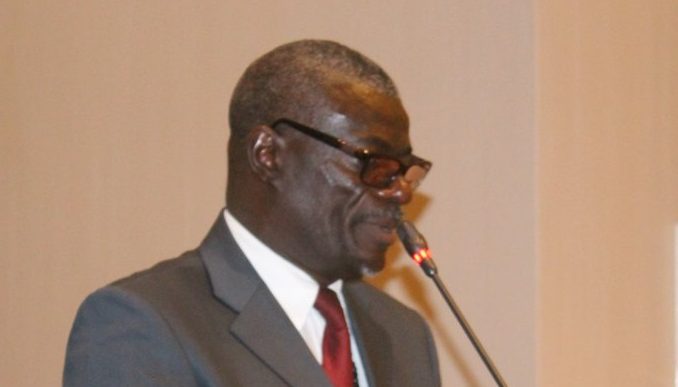 Government says it is addressing the deficit  in national fish production through the Zambia Aquaculture Enterprise Development Projects (ZAEDP) which aim at contributing to  economic growth as well as increase food and nutrition security in the country.

Ministry of Fisheries and Livestock Permanent Secretary Dr. David Shamulenge said the implementation of ZAEDP will represent an increase of at least 140% in aquaculture’s contribution to fish production by 2021 from the current level of 36,000 metric tonnes.

“This will start with the production of 44 million more good quality fingerlings by the private sector. It is Government’s expectation that 22 million of these fingerlings can be supplied by fish hatcheries while the balance of 22 million will come from the 18 new hatcheries being established with the support of ZAEDP,” stated Dr. Shamulenge.

And  Citizens Economic Empowerment Commission (CEEC) Director General, Likando Mukumbuta revealed that the Commission has started the disbursement of K27 million in empowerment loans to the 18 new hatcheries and nurseries under the Project.

“Its  in line with Government’s policy to enhance the participation of youth and women in job-creation, 50% of the funded fish hatchery and nursery projects valued at K14 million have gone to nine companies owned by youth and women citizens,” revealed Mr. Mukumbuta.

The Project development objective is to advance the aquaculture sub-sector as a viable and inclusive business opportunity through enhanced production and productivity  in order to improve the livelihoods of beneficiaries along the aquaculture value chain.

This was in a statement made available to Lusaka star on 5th April, 2019 by Citizens Economic Empowerment Commission public relations officer, Michelo Mukata.

Zambian landscape is sprouting fresh and young innovations on the fashion scene. Popping out of the fashion industry is Theresa Kalale, the founder of...