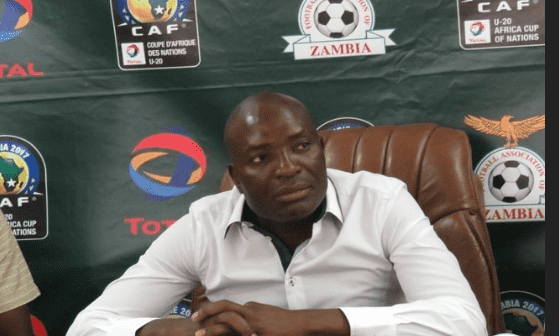 Chipolopolo Coach Wedson Nyirenda resigned from his position with immediate effect on Thursday May 24, 2018, after spending two years at the helm of the Senior National team.

In a statement released by Football Association of Zambia (FAZ) General Secretary Ponga Liwewe, the association thanked Nyirenda, who served as national team coach from September 2016 to May 2018, for his contribution towards the national team.

Liwewe said the association will soon launch the process of filling the vacancy of head coach and that it will conclude the process in the shortest possible time to meet upcoming engagements.

Meanwhile, South African Premiere Soccer League outfit Baroka FC have denied reports in the foreign and local media that the club has signed a deal with Chipolopolo Coach Wedson Nyirenda.

Baroka FC Chief Executive Officer (CEO) Morgan Mammila said the club had not signed any contract with the coach including Nyirenda.

“I have a lot of lists of applications from coaches…it is not fair to disclose their names now…we will announce their names next month,” Mammila said.

The Road Transport and Safety Agency (RTSA) says it is concerned with the road safety profile of the country and the spiralling rate of...