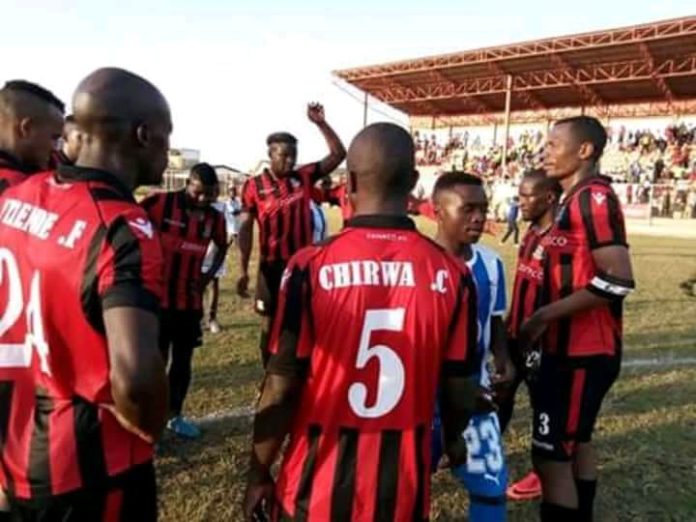 Kabwe warriors football club beat Zanaco by one goal to nil to go third in the Zambian super league log, in a week 13 match played at Sunset stadium in Lusaka.

In a match which was highly dominated by the Kabwe outfit, Zanaco failed to capitalise on the home ground advantage and had themselves to blame after missing a couple of chances in both halves.

Congolese striker Emmanuel Okute scored the only goal of the match from a long-range effort in the 39th minute after being set by Clement Mundia.

The first half ended in favour of Kabwe Warriors.

In the second half, the Bankers came with full force which resulted in them hitting the woodwork from an Ernest Mbewe effort in the 76th minute.

However, the Magnificent People’s team kept their tempo and showed brilliance in their defence.

Meanwhile, Kabwe Bwalya’s coach Tenant Chilumba bemoaned the lack of concentration on the part of his team despite them recording a win.

And Zanaco Assistant Coach Dabid Chilufya said his team failed to utilise the many chances they had.

Drug Enforcement Commission (DEC) has arrested a 44 year-old Lusaka businessman for forgery. Christopher Banda, 44, on dates unknown but between 1st April, 2017 and...