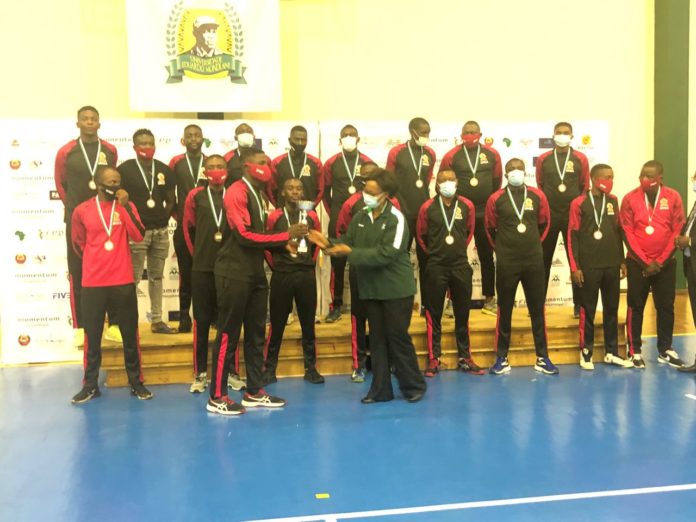 University of Zambia (UNZA) Sports Council has hailed the UNZA volleyball team for qualifying to the African Club Championship for the first time in the team’s history.

In an interview with Lusaka Star, council committee member, Emmanuel Mwangelwa urged UNZA volleyball team players to intensify their training as they are going to the championship with no prior experience.

They have to up their game and use the military approach as I understand they are going to play without any experience for the African championships level,

The team performed so well  and it is not surprising that they will be the only team going to represent Zambia at the AFCON,

The bronze medal is proof that my team has been putting in their best during the trainings as well as during the games.

The coach further urged  his players to increase the number of hours that they dedicate to training if they are to further progress in the championship.

We normally train for an hour but now we will have to increase our hours and adjust our schedules so that we improve,

The third place finish also made the team, known as UNZA DINDAZ,  qualify for the African Club Championships to be held in Morocco at a date yet to be communicated.

The British American Tobacco (BAT) company in Zambia has expressed concern over the growth of illicit tobacco trade and smuggling in the country. Speaking...