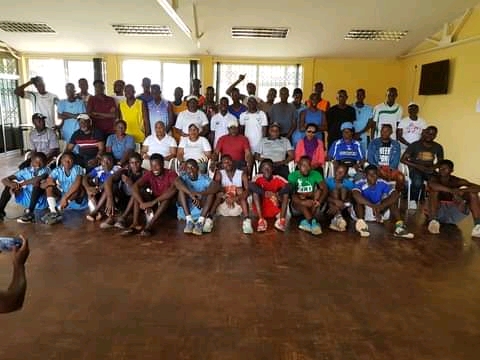 Netball Zambia says  it has selected a provisional team of 30 netball players that will be part of the men’s national netball team set to represent the country at the African Mens Netball Championship to be held in Morocco.

In an interview with Lusaka Star, Netball Zambia Secretary General Pritchard Ngoma described the selection process has a succcess as the 37 netball players that attended the trials were drawn from across the country.

After some selection trials done by the association, we chose 30 out of the 37 who came for the process. Netball Zambia asked all netball area associations to present netball players for the selection exercise,

He said that the coaches in charge of selecting the players for the African championship are still assessing the 30 players in order to trim the number to 12 players.

Those in charge of selecting will continue trimming the number of players until we have only 12 remaining to make up the national team,

Ngoma further said the 12 players that will be selected will represent the country at the African Men’s Championship to be held in Morocco at the end of the first quarter of this year.

The 12 who will be selected will be treated as the best, and will be the ones to represent the country at the Men’s Championship to be held two in March this year,

The Zambia men’s national netball team last played at an international tournament in 2006.

Transport and Communications Minister Brian Mushimba states that the government will complete the construction of communication towers across the country ahead of schedule. Mr. Mushimba...