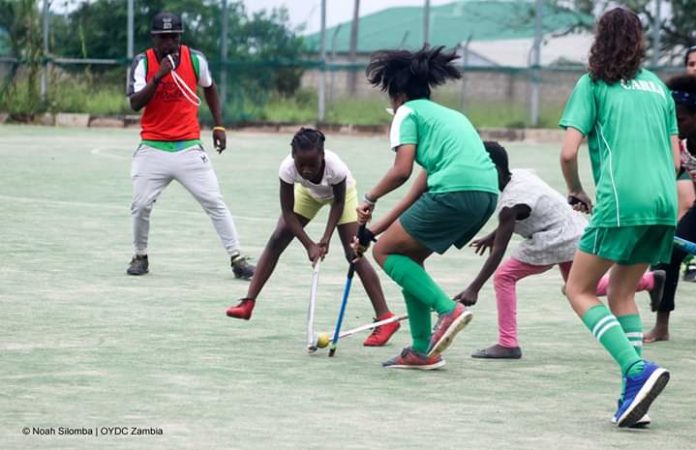 The Olympic Youth Development Centre (OYDC) has commenced the Teulings Youth Sports Challenge for the year 2020 which will run for 10 months.

The athletes are set to compete in beach volleyball, taekwondo, netball and hockey, which are supported by Coen Teulings, Chairman of the MerifIn Capital in Belgium.

Speaking in an interview with Lusaka Star, OYDC Communications Officer Noah Silomba said the challenge is simultaneously being run with the HIV prevention sport project supported by PEPFAR to see that more athletes are sensitized on the disease.

Silomba said the centre has invited Esther Phiri to attend the Champions talk that will take place this weekend where she will share her sporting career with young athelets.

It’s a good idea to have Esther Phiri at the talk as it is a way of encouraging the young ones to push forward in their careers,

Silomba added that the league games will mainly engage athletes below the age of 17 years.

At the end of the tournament we will have a grand finale, which is set for November 2020

The majority of the athletes are trained mentors who are then sent in various communities to spread the message through sporting activities while some are based at the centre.

Under-23 coach Beston Chambeshi says the team has stepped up preparations in the third week of their local camp and will on Wednesday 23 play Super Division outfit Kabwe Warriors in a preparatory match.