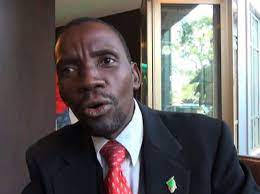 In an interview, Chipenzi, who is also Executive Director for GEARS Initiative, said the law requires individuals to hand over  diplomatic passports  to authorities once they lose their position in government.

Meanwhile, Chipenzi has opposed suggestions by various stakeholders that government should confiscate passports of all PF leaders.

It is illegal and unfair to confiscate PF leaders’ passports because they have the right to own them, of course, at the discretion of the government,

It will be unfair to confiscate passports especially from those who are not under any investigations.

He added that it is almost impossible for PF leaders who are under investigations to leave the country as there is tight security at both airports and boarder posts.

In addition, law enforcement agencies and the police are there to monitor the movement of people under investigation as they move in and out of the country,

President Edgar Lungu has directed that primary and secondary school examination classes should open their doors to learners effective June 1, 2020, provided that...