Lusaka StarService with Excellence
HomeSportsMore than US$ 350,000 needed to renovate OYDC 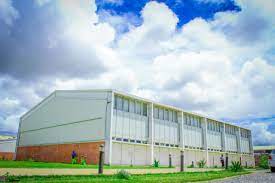 
Speaking during a media engagement forum in Lusaka, Chitangala said National Olympic Committee of Zambia (NOCZ) has failed to undertake renovations on the running track, terraces and football pitch which have been due for more than five years due to lack of funds.

”The corporate community should come on board and help NOCZ renovate the training facilities that we have. Refurbishing the running track alone will cost about US$189,000, US$60,000 for sitting terraces and US$100,200 for the football pitch, just to mention a few,” Chitangala said.

And NOCZ President Alfred Foloko said that government has assured his committee that it is committed to finding cooperating partners that will fund the renovation of training facilities at OYDC.

Meanwhile, Foloko has urged the media to take keen interest in covering various athletes that will be participating in the Birmingham Commonwealth Games scheduled for next month in the United Kingdom.

“I urge the media to be active partners to the games by giving coverage to the sports disciplines earmarked to be travelling to the Birmingham games next month.”

Zambia will be participating in the 2022 Commonwealth Games to be held in Birmingham between 28 July and 8 August this year.

And speaking during the launch of the NOCZ media studio project, NOCZ Secretary General Boniface Kambikambi said that with support from the International Olympic Committee (IOC), NOCZ has purchased media equipment worth around US$12,000.

Kambikambi said explained the media studio will be used for photography and videography services that will compliment athlete efforts by creating in-house content.

”Hiring of the studio will help NOCZ generate revenue that will be directed towards the operations of the committee. The studio will also go a long way in helping to collect information from athletes quickly, a challenge that many face due to lack of finances among other issues,” he said.

The Akantuse project has taken the lead in promulgating African heritage to the world by combining tradition and art with the use of makeup. The...