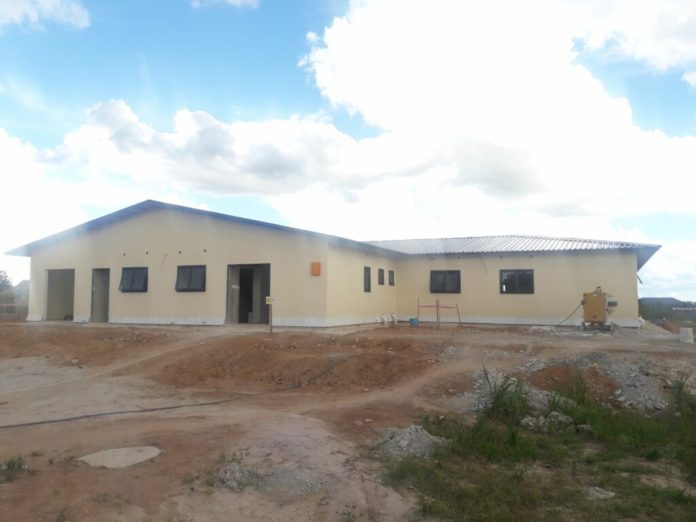 Government says more than 80 percent of the construction of Kapanda and Kasongo Mini Hospitals in Mansa and Bahati constituencies in Luapula province has been completed.

Luapula province Health Director Peter Bwalya said the 40-bed capacity health facilities will have both In and Out patient departments and surgical services.

” Residents will no longer walk more than 15 Kilometres in pursuit of health care services once the facilities are opened next month,”he said.

Dr Bwalya said this when he made a spot check on the progress of the construction works.

He said the mini hospitals will also have two three bedroom staff houses each.

And site manager Eric Quarshire said construction works are nearly complete with only the final painting and landscaping remaining before the facility is handed over to the government for commissioning.

The 40-bed capacity health facilities which will have a maternity Annexe, theatre, ambulance, and a dedicated solar power system are part of 108 Mini Hospital’s project funded by NMS Infrastructure UK at a cost of US$300 million.

Provision of adequate toilets in public places is one of the major steps that local authorities can take in prevention of diarrhea and water...