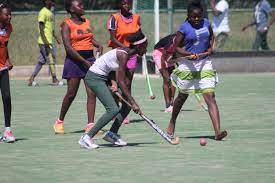 Association Acting General Secretary Elvis Bwalya said the Women’s National Team has already commenced  preparations for next the tournament slated for Ghana next year but is lacking funds.

Bwalya added that the previous government did not give Hockey the attention it needs and that he hopes for the new government to cooperate with all sport disciplines.

He has since disclosed that the Association has handed in their budget to National Sports Council which includes the expenses for Hockey Women’s National Team’s upcoming tournament.

The new [Sports] Minister should be fair in sharing duties in sports. Sports is not only football , so we wish for the Minister to look into that,

Further, the Acting General Secretary said the association has since raised K35 000 so far and he hopes the funds can be met in good time before the tournament.