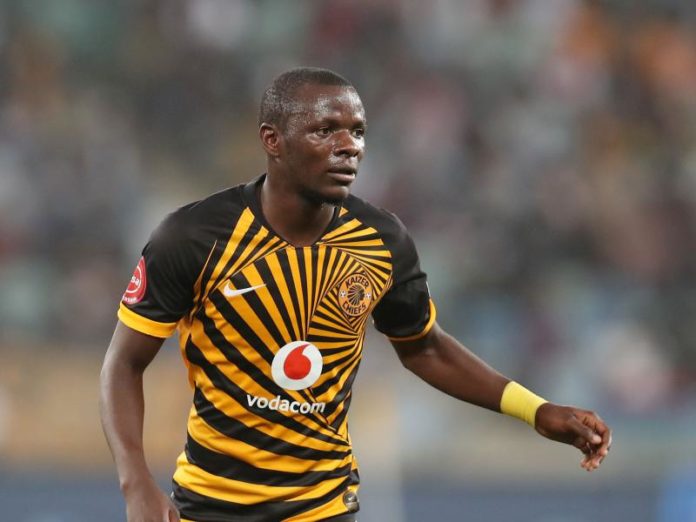 Zambia and Kaizer Chiefs Football Club (FC) striker Lazarous Kambole was on target for the South African giants at home against Stellenbosch FC in the Premier Soccer League (PSL) on Sunday.

It was the visitors who took the lead in the 32nd minute as Lelethu Skelem got on the end of an Ashley du Preez cross to head past Chief’s goalkeeper Daniel Akpeyi.

Kambole, who was brought on at the stroke of halftime could have drawn level for his side in the 57th minute, but his shot forced a superb diving save from Stellenbosch’s goalkeeper Lee Langeveldt.

Stellenbosch’s resistance finally broke when Chiefs equalized in the 70th minute after Chiefs defender Frosler crossed the ball from the left-hand- side into the 18-yard box which was later converted by Kambole on his left foot and cancelled out Skelem’s 32th minute goal at the Orlando Stadium.

The Chief’s striker had gone 15 months without scoring a goal for the Amakhosi.

He had not only struggled to put his name on the score sheet since joining the Soweto-based giants in mid-2019 but also had difficulties getting into the starting line-up.

Meanwhile, his Zambian teammate Nathan Sinkala who has been a regular feature for Stellenbosch was withdrawn for picking up an injury in the first half of the game.

Chiefs are at the summit of the PSL with 53 points from 26 matches, six more than defending champions Mamelodi Sundowns, who have a game in hand.

Amakhosi will host the Brazilians on Thursday in what could be the decisive match in the chase for the title.

By Qosim Suleiman It was a Monday morning in the month of Ramadan when Muslims fast from dawn to dusk. The hot weather of Sokoto...