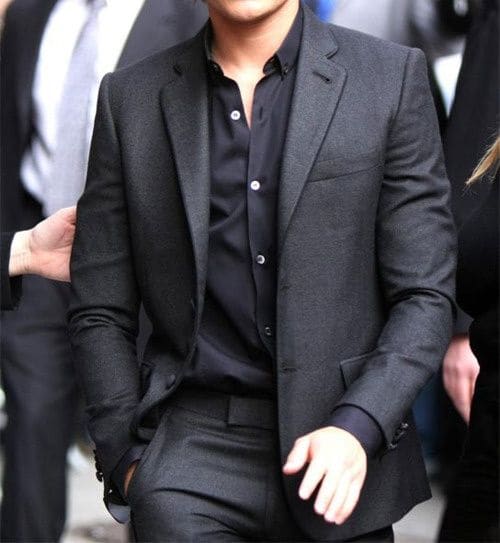 You are seated in a restaurant enjoying a meal then a man walks in, he has long blue hair pulled back and tied in a ponytail, he has a nose ring, a tattoo from his lower right ear that goes all the way down his arm, and is wearing a huge silver neckless. He walks in and sits a table away from you nodding his head to the music playing through his headphones.

A few minutes later, another man walks in and he too draws your attention. He has a bold head and a well-trimmed mustache; he is in a black suit and tie carrying a tidy looking suitcase. He reclines at one of the tables, opens his suitcase, pulls out a magazine and sits back waiting for a waiter to come and ask for his order.

Your opinion of these two men you know nothing about will largely hang on how you perceive them based on their appearance or in other words, who you think they are, is entirely influenced by your first impression.

That raises a few notable questions; what are first impressions? Can you really judge a book by its cover? Is what you see always what you get? Or is there a lot more to people than how they paint themselves outwardly?

The book First Impressions Peaking At The Neutral Underpinnings by Nicholas O. Rude and Nalini Ambady define first impressions as “the initial perception and formation of thoughts about another.”

So basically, first impression is the perception or mental picture you have of another person after the first encounter with them. It can be made with a variety of characteristics such as ages, races, cultures, languages, physical appearances and genders.

This initial perception goes a step further. A number of psychological studies show that a stranger’s glance at you sets an ‘anchor’ in their minds that affects his or her future judgments of you. Research has also shown that it only takes the duration of an eye blink to size up another person in terms of attractiveness and trustworthiness.

Further, some psychologists have even argued that it only takes a tenth of a second to form a judgment about another person’s character, even in a still photograph. Fortunately or unfortunately, once a first impression is made it is virtually unchangeable or long lasting.

Judgment and assessment that spring from first impressions are usually true and accurate. In most instances however, many are the times first impressions are wrong and misleading because people use their cognitive biases to filters and form those judgments of others, and in a case where the judgment is negative, it requires more effort in replacing it with a positive one.

Who you are as a person cannot all be summed up in the first impression you make on the people around you but it is an undeniable fact that ‘looks matter!’

Granted, you are not living in service of clearing up misconceptions that people have about you because of how you appear but it would be very unreasonable on your part to complain about being perceived or treated in a certain way all because of how you project yourself to society.

If being a sloppy and loose person is not the message you intend to project, then why dress in a way that will feed into such types of biases? That is not to say appearances or specifically the clothes you pick out should serve as uniforms or some sort of identification marks, but there is no denying that they speak volumes about you and how you want society to see you.

The common saying ‘you are what you wear’ actually expresses a truism. A basic truth that has been psychologically proven; people tend to evaluate others based on their appearance and their preference of clothes.

First impressions pretty much serve the same purpose. How people look, the clothes they select from their closet, how they dress, their preferred hairstyle and how they carry themselves in the public space opens a window through which others can evaluate or make judgments of who they truly are on the inside or at least what they want to be known for.

The notion that you cannot judge a book by its cover is as absurd as saying you cannot judge a tree by the fruits it bears. Who plucks mangoes from a mango tree and goes on to say, ‘chances are that this could be an orange tree.’ Or who buys a book from a bookstore baring the name ‘PHILOSOPHY, A COMPLETE INTRODUCTION’ and goes home believing he has bought a copy of the Miriam Webster Dictionary?

This point stands as factual truth; people will make judgments about you based on how you look. Their opinion of you will be largely swayed by their first impression. That will also exert an influence on how they act around you as well as how they treat you.

No man lives primarily to satisfy other people’s expectations.  Rather than holding people accountable for the prejudices and stereotypes that you feed into their minds by the picture you paint of yourself and by the windows of your appearances that they peer through to see the person inside you.

First impressions are a part of our human reality, strive to make good ones because they always linger on.

The National Political Dialogue, as it is called now, began as a Patriotic Front (PF) and United Party for National Development (UPND) dialogue. In fact,...