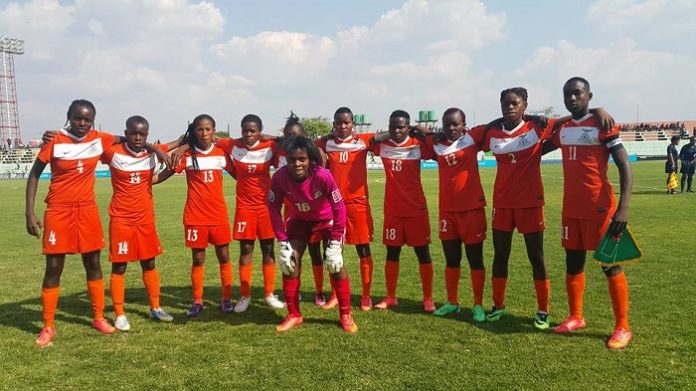 The Zambia Under-17 women national team has scooped the bronze medal in the just ended inaugural Cosafa Under-17 Women’s Championship that was hosted in Mauritius.

Zambia beat Botswana 3 to nil in the third place playoff.

The Zambian side took the lead on the 27th minute when Precious Nsama opened the scoring with her first of the competition, but it took until past the hour-mark for them to double that advantage.

Shelly Masumo had been a quality performer throughout and made the game safe with a second, before Maweta Chilenga added the cherry on top with a third with four minutes remaining.

Speaking after the match, the team’s coach Kaluba Kangwa said he was delighted that his charges put up a splendid performance.

He said the players had shown a lot of character and competitiveness which was good at their level adding that they would be champions in the near future.

“They have accounted themselves so well and showed the true character of the champion in making. They are an excellent talent we have discovered at this level,” Kangwa said.

Kangwa said he had a four-year programme with the same team although some of the players are set to graduate to the Under-20 team.

He said he was looking at the number of games and tournaments for the girls in order to give them exposure and confidence they need to blossom into champions.

“We have a four-year programme that we are running together with the girls though some of them will graduate to the under-20, but those that are very junior are staying with us. In these four years, we have a lot of competitions that we are looking at. We are not just looking at the qualifiers,” he said.

Meanwhile, his Botswana counterpart Tapaphiwa Tracey said the match was tough but she was happy that the game plan of not conceding too many goals was implemented.

She said she was happy with the performance of the team and she was hopeful that the team will improve putting into consideration the fact that they are very young.

Uganda was crowned as winner of the tournament, while South Africa managed to secure the second top spot.

President Edgar Lungu says there is need to expose Zambians to improved education and skills development to enable them to effectively respond to social...