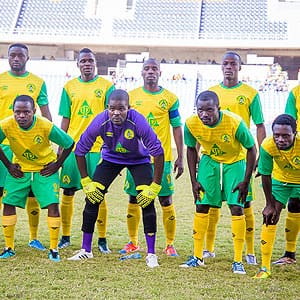 Prior to his appointment, Mutapa served as Lusaka Dynamos assistant coach in which he helped the team to a super league promotion.

In an interview with Lusaka Star, Club treasurer Micky Mwansa confirmed the appointment of Mutapa as head coach following the failure by the club to reach an agreement with Romanian coach Mario Marinic who was expected to take over from Patrick Phiri.

“We have a new coaching staff being headed by Perry Mutapa and assisted by Masauso Tembo,” Mwansa said.

Mwansa said that the talks between the club and Mario Marinic failed to reach an agreement, hence the appointment of Mutapa as head coach.

“We almost appointed the Romanian coach who was ready to join the club. But later on, we thought we thought of promoting Perry Mutapa for the sake of continuity. We also felt that it will take time for the Romanian coach (Marinic) to adapt as we have big plans for the club this season,” Mwansa said.

He has also expressed happiness over the sponsorship the ‘Fole Malembe’ side is receiving from the Zambia Forestry and Forestry Industries Corporation (ZAFFICO) who are the proprietors of the club.

Meanwhile, Mwansa has revealed that the club has acquired the services of new players, striker Nicholas Kamocha, from Mufulira Wanderers, goalkeeper Logic Ching’andu, who was on loan at Zanaco F.C and Laurent Muma, who is on loan from Power Dynamo’s.

He also added that the ZAFFICO sponsored lads were on a preseason tour in Mansa for eight days.

“Our pre-season went well. We were in Mansa for eight days and played some friendly matches with Mansa Select. So far the team has been well shaped and we can’t wait for the league to commence,” Mwansa said.

It was a wet Sunday morning.  The breeze swept into my room through the open door.  The weather would have kept a lot of people in...