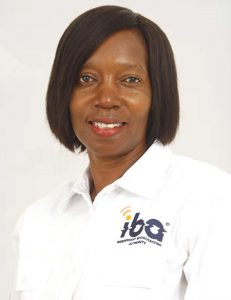 The Independent Broadcasting Authority (IBA) has urged broadcasting stations in the country to be ethical and professional when carrying out their work.

IBA Director General Josephine Mapoma said the institution does not take pride in suspending or cancelling broadcast licenses but that it expects license holders to address concerns of unprofessional reporting.

“We want to see a situation whereby licensees correct errors…without getting to the stage of a license being suspended or revoked by the IBA Board,” she said.

Mapoma said the IBA believes that an ethical broadcast media sector starts with having media practitioners that are trained and are conversant with media law and ethics.

She said this at an award-giving ceremony for the best graduating students in media law and media ethics at the University of Zambia’s Department of Media and Communication Studies.

Mapoma stated that it is IBA’s mandate to set standards for radio and television stations as well as monitor license holders to ensure that they are compliant.

Last month, IBA suspended the broadcasting license for Prime Television for a period of 30 days owing to what the media regulatory body deemed unethical reporting.

The Road Development Agency (RDA) has said works on the Kafue-Mazabuka road network project are to be completed by 2020. Speaking in a phone interview...