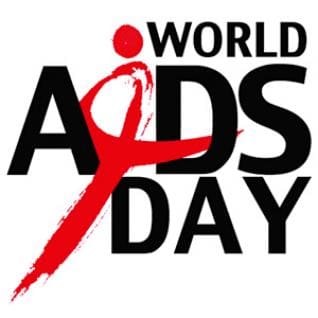 Although World AIDS Day is a great opportunity to get people talking about HIV and host various fundraising ventures, there is need to remember the importance of raising awareness on HIV all year round. EVERY year, on the 1st of December, people all over the world gather as a global community to commemorate World AIDS Day.

World AIDS Day each year is recognized as an opportunity for people worldwide to unite in the fight against HIV, show their support for people living with HIV and to commemorate people who have died.

As per tradition, each year is characterized by its own theme and the theme for the year 2013 is “Getting to Zero in Zambia, Zero New Infections, Zero AIDS-related Deaths, Zero Stigma and Discrimination”. But the question that should run through the minds of many people is “what happens after this World AIDS Day commemoration?”.

Do we continue to re-live the theme of the year and continue talking about it, or do we only remember how important it is to share valuable information on HIV AIDS when the 1st of December comes? What really happens after World AIDS Day?

Although World AIDS Day is a great opportunity to get people talking about HIV and AIDS and host various fundraising ventures, there is need to remember the importance of raising awareness on HIV and AIDS all year round.

Partners in the fight against HIV and AIDS  have made dramatic progress on several fronts, but a new report by UNAIDS points to the steep challenges that remain to defeat one of history´s major killers.
While AIDS is a disease on the run, with new  global HIV  infections falling by a third since 2001, the report shows that eastern and southern Africa are disproportionately affected by the epidemic.
Hence, sensitisations, raising awareness on HIV and AIDS should go beyond 1st December. People should be reminded everyday that HIV and AIDS are an ever present problem.
To the relief of many, the UNAIDS report has indicated a 52% reduction in new HIV infections among children and a combined 33% reduction among adults and children since 2001, declining new HIV infections among adults and children estimated at 2.3 million in 2012, a 33% reduction since 2001 and new HIV infections among children had been reduced to 260 000 in 2012, a reduction of 52% since 2001. AIDS-related deaths have also dropped by 30% since the peak in 2005 as access to antiretroviral treatment expands.

However, there are still worrying signals that some regions and countries are falling behind. Hence the need to make more advances in reaching vulnerable populations through efforts to eliminate stigma and discrimination, but there is still much to do to end this problem.   There is need to recommit to breaking the remaining barriers, including punitive laws and social exclusion, so we can reach all people who lack access to HIV treatment and services.

There is still much to do. If we want a future free of AIDS we will need continued investment, commitment and innovation to reach the vision of zero new HIV infections, zero discrimination and zero AIDS-related deaths.

World AIDS Day was the first ever global health day and the first one was held in 1988. The goals of World AIDS Day are to increase awareness, improve education about HIV/AIDS, and to set aside and combat prejudices that come with the disease. World AIDS Day helps to remind people that HIV is an ever present problem and there are many things that can still be done to help.

Zambia National Students Union (ZANASU) has appealed to Government to set aside vaccines for students in higher learning institutions.  In an interview with Lusaka Star,...