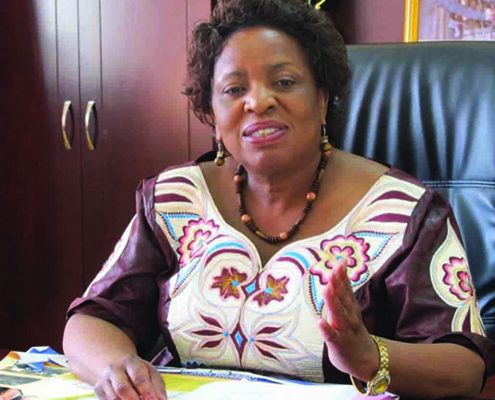 Minister of Labour and Social Security  Joyce Nonde Simukoko has called on the private sector to comply to the adjustments contained in the new Labour Bill recently passed by parliament.

Mrs. Simukoko noted that government was aware that some companies especially those in the private sector would have problems adjusting to the new labour bill.

She added that government through her ministry made sure it tabled out measures to ensure job security of employees especially those in the private sector.

“When government is making laws, it sits with employers and in this instance, employers were brought on board and they concented to the labour bill,” Mrs. Simukoko explained.

She further informed the employers that the only way they can operate smoothly is to abide by the Law of land.

“I wish to also warn that the new Labour law is and shall not be open for negotiations.” Mrs. Simukoko added.

Meanwhile, Collins Mudenda an economic analyst noted that the newly enacted labour bill is a drawback to the economy of the country as it is likely to pose restrictions on women employment especially in the private sector.

He said the bill is  going to negatively impact the production sector of the economy which is largely ventured in  by the private sector.

“When an employee goes on leave, it means a company has to find another employee to fill the gap that the other employee has left which results in a company spending more money on employees than budgeted for and this in return disturbs the production process,” Mr. Mudenda said.

He also noted that most companies especially in the private sector will likely favor employment of men instead of women in order to avoid some of the conditions provided in the bill.

Government recently passed a new labour bill that has increased  maternity leave from 3 months to 5 months and 12 minutes rest per hour for pregnant employees.

Other adjustments include the right for pregnant employees to ask for deployment to lighter duties, housing allowance for all employees or employer arranges mortgage or advance to buy a house.All workers under the new labour bill will be entitled to Gratuity not less than 25% of basic pay per year served.

WORLD Rugby Services manager for Africa Steph Nei is in the country for a union review and capacity building meeting aimed at ensuring sustainable...