Lusaka StarService with Excellence
HomeSportsMBEWE READY TO DEFEND HER TITLE 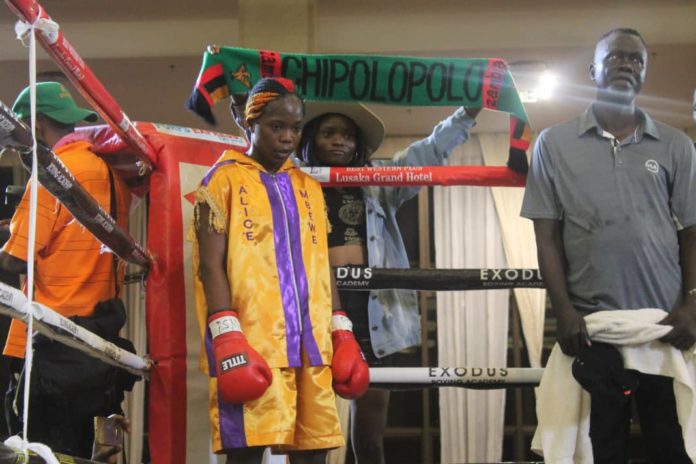 Speaking during an interview with Lusaka star on 23 October, 2019, Exodus Boxing Academy Coach Antony Mwamba said that Mbewe and other boxers are faring well and are fully equipped to face any kind of opponent.

Our boxers are ready and they have been training very hard and the results of their preparations will surely show on the day of the tournament.

Meanwhile, current WIBA champion Mbewe said she has been training very hard and is geared to defend her title at the incoming night of the Champions boxing tournament.

Bosques will be Mbewe’s first challenger ever since she became champion in April this year.

The 20-year-old boxer was crowned champion after she overpowered Zimbabwe’s Kudakwashe Nyagura in an eight-round bout at government complex in Lusaka.

The tournament which will be held at Government Complex in Lusaka will host three professional bouts.

The main bout of the night will be between Simon “Hitman” Ngoma of Zambia and Sadiki Mamba of Tanzania in the World Boxing Federation (WBF) Lightweight Intercontinental.

Ngoma boasts of having six professional fights, winning five and losing one.

The Business Regulatory Review Agency (BRRA) says it is ready to launch an operational upgraded e-Registry and a 'Notice and Comment system' by the...