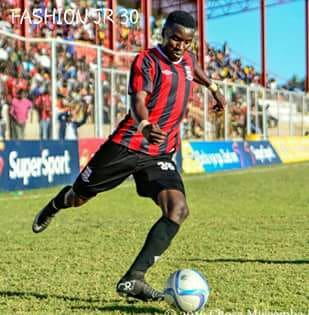 Zambia Under- 20 striker Fashion Sakala says the team has a chance to win the Africa Cup of Nations and eventually qualify to the World Cup.

Speaking in an interview with the Lusaka Star, Sakala who is a former Zanaco Football Club player expressed joy over the selection of players.

“Our team is capable of going to the World Cup. All has been put in place for the tournament and I am very sure that the team will qualify to the World Cup. This is the only chance we have for us to win the U20 Africa Cup,” said Sakala.

Sakala, who has signed a three year deal with Russian giant’s Spartak Moscow has called on soccer fans to give the team full support and avoid the tendency of booing them as that would frustrate their efforts.

“We need all the support we can get from our fans as this will encourage us to perform better. The stadium needs to be filled to capacity,” he added.

Sakala who played his last game for the Zambian MTN/FAZ Champions League on Saturday in which they defeated Rwandan side Armee Patriotique Rwandaise (APR) Club by a lone goal is part of the 21 man squad that has been selected to represent Zambia in the Total Under 20 Africa Cup of Nations.

Zambia has been placed in Group A as the host team alongside Mali, Egypt and Guinea and will play their matches in the Nation’s capital Lusaka at the National Heroes Stadium.

While South Africa, Senegal, Cameroon and Ivory Coast will be hosted at Ndola’s Levy Mwanawasa Stadium.

Zambia will host the tournament for the first time from February 26 to March 12, 2017.

After the closure of schools due to a spike in COVID-19 cases, many Universities across the world turned to online learning. Both students and...