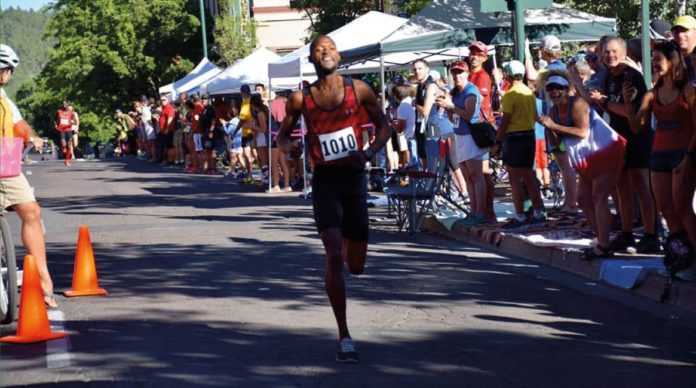 Zambian long distance runner, Jordan Chipangama has been banned for four years after testing positive for meldonium at the 2017 grandma’s marathon.

Chipangama who specialised in the marathon ran at the 2016 Olympics for Zambia, where he finished in 93rd place with a time of 2:24:58 has been expelled for four years after testing positive for meldonium at the 2017 grandma’s marathon.

Chipangama, 29, is a Northern Arizona University alumni 5th at NCAA XC in ’09 who is still based in flagstaff.

He attended College in the United States. In College, he competed for Central Arizona College and Northern Arizona University.

Meldonium is a limited-market pharmaceutical used by some as a performance enhancement drug.

Since 1st january 2016, it has been on the World Anti-Doping Agency (WADA) list of substances banned from use by athletes and classified it as a metabolic modulator, in the same bracket as insulin.

It is a licensed medical drug used widely throughout Eastern Europe and Central Asia for a number of conditions, including cardiac complaints. meldonium is not licensed for use in the US.

National Action for Quality Education in Zambia(NAQEZ) has called on the Ministry of General Education to close schools in Lusaka and other towns prone...