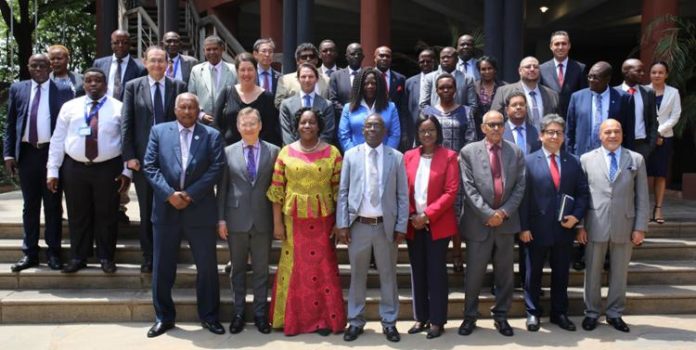 European Union (EU) Representative to COMESA Jacek Jankowski says there is urgent need for credible and consistent policies and measures that will address the current energy crisis and prevent similar shocks from occurring.

Zambia is currently ranking 129 out of 190 countries on the ‘’getting electricity’’ indicator despite being ranked number 85 out of 190 economies by the recently released World Bank’s ease of doing business 2020 report  on economies that have continued to improve.

Speaking during the second high-level policy dialogue with cooperating partners held at Mulungushi Conference Centre on November 22, 2019, Ambassador Jankowski said the indicator is weighing negatively on the economy and puts a brake on Zambia’s progress in the overall global competitiveness as well as increasing the cost of production and the cost of living for households.

‘’Lack of reliable [power] supply is disrupting economic activities…it is undermining growth prospects and holding back the country’s development,’’ he said.

Jankowski said measures and policies would help reduce vulnerability through reduced reliance on large scale hydropower and diversification of the energy sector.

He  further said that the interest exhibited by the private investors to contribute to filling the generation gap in the country was positive but faster progress is required and at a larger scale.

He added that the recent decision by cabinet to adopt a revised National Energy Policy along with an Electricity Bill and an Energy Regulation Bill is commendable as it is meant to address some of the root causes of the problems the country is facing, notably by attracting more players in the sector and by facilitating the introduction of cost reflective tariffs in the pricing of energy services.

‘’While the Energy Policy as well as the Electricity and Energy Regulation Bills should be seen as key milestones of the energy sector reform roadmap, they can only be effective if other important pillars of this roadmap are addressed in parallel,’’ he said.

The ambassador further expressed concern over ZESCO’s deteriorating financial position which affects the overall sustainability of the energy sector.

He said the general quality of electricity service provision in the country risks deteriorating further and will ultimately lead to additional load-shedding if ZESCO is unable to meet its ongoing contractual obligations and pay arrears to Independent Power Producers (IPPs) and suppliers of goods and services.

He called upon the Government through the Ministry of Energy and Water Development to take concrete steps and expand intervention in ZESCO’s arrears and debt situation in order to reduce the cost base while increasing revenue for the power utility company.

In April this year, Government announced the results of the call for tenders for the first 120 MW (Solar) under GET-FIT Zambia, in line with the Government’s Renewable Energy Feed-in Tariff (REFIT) Strategy, but the call yielded the lowest solar PV tariffs in the region.

Studying foreign languages links people to the world and to foreign opportunities. A University Of Zambia Literature and Languages lecturer has urged students to...