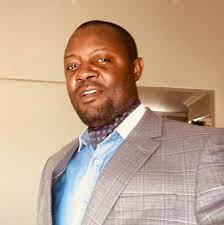 In an interview with Lusaka Star, today,  Mulusa said the UPND government has taken into consideration the concerns raised by various stakeholders regarding the amendment of  Article 52 as it led to the cancellation of the Kabwata by-elections by the Electoral Commission of Zambia.

Whenever the law fails to sit well with the majority of the people, we have the mandate to make considerable amendments,

According to Article 52 (6) of the Zambian constitution, where a candidate resigns or withdraws after the close of nominations and before the election date, the Electoral Commission of Zambia shall cancel the election and require the filing of fresh nominations.

The parliamentary Chief Whip  further added that  apart from amending Article 52, the UPND will also ensure that other laws  contained in the 2016 constitution amendment, and are not in the best interest of  Zambians are also amended.

Am not saying the entire amendments to the constitution in 2016 was a flop, but most of it brought questions from the Zambian people,

Mulusa has since assured Zambians that government will ensure that it comes up with laws that are in the best interest of the people.

Vice President Inonge Wina has called on journalists and media practitioners in the country to embrace digital communication in reporting news and sharing information...