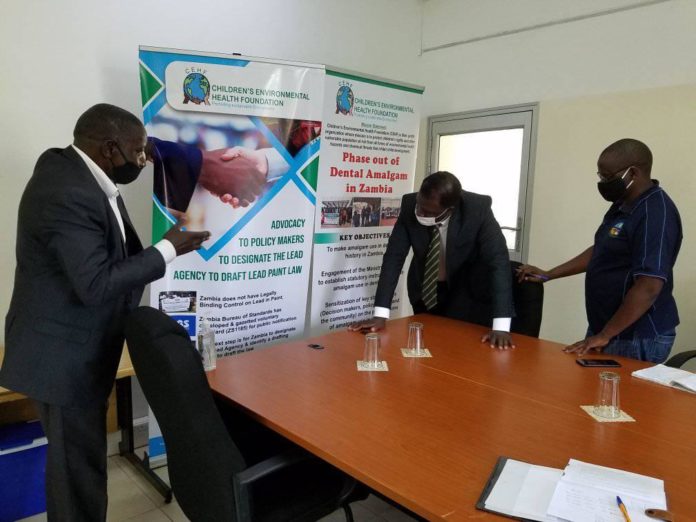 In a statement issued by Tcharbuahbokengo NFINN who is the representative of the African region for the UNCCD Civil Society Organizations stated that the UNCCD-UNEP African CSOs on the environment was a platform established for civil society organizations in all 55 countries in Africa.

The newly appointed representative stated that the platform was initiated in order to share, discuss and participate in different initiatives as well as implement these initiatives on various environmental matters.

He said that the UNCCD-UNEP African CSOs on Environment initiated the National Focal Points where elected officials serve their various countries on a voluntary basis as such, CEHF was appointed as the national focal point leader in Zambia due to their experience, past achievements and works on environmental issues in Zambia

Mr NFINN who is also the Director-General for FEEDAR & HR in Cameroon however, mentioned that the National Focal Points were exclusively for this Platform and not an initiative of the UNCCD, UNEP nor any UN Agency.

“These National Focal Points have a Term of Reference and must work only in line with the accepted and adopted Terms of Reference to the UNCCD-UNEP African CSOs,” he stated.

He mentioned that support from UNCCD and UNEP would be paramount for the platform as it would fast-track the efforts of the National Focal Points as well as the United Nations Sustainable Development Goals Agenda 2030 and the African Union Agenda 2063.

And the Zambian National Focal Point representative, Michael Musenga expressed gratitude to UNCCD-UNEP African CSOs platform for having been recognized and appointed as the leader and facilitator for the initiative.

Mr Musenga said that CEHF had contributed immensely to the advocacy, education and implementation environmental matters in Zambia.

He mentioned that CEHF has been at the forefront of spearheading the lead-in-paint campaign in the country as well as the mercury-free dentistry campaign.

Mr Musenga who is also the Chairman General and CEHF national coordinator stated that the organization has seen the development of industrial standards for paint industries such as that of the ZBS 1185 by the Zambia Bureau of Standards to see to it that paint industries produce paint products that had 90 parts per million.

He said the current standards which were signed by the country’s Minister of Commerce, Trade and Industry, were conducive and favourable for both the environment and public health.

“Zambia is a member of the Minamata Convention and this shows how committed the country is to see to it that some of the harmful environment products and components are mitigated or erased,” he explained.

The Chairman General for CEHF explained that CEHF will continue Spearheading the Lead-in-paint campaign, the phasing out of Dental Amalgam, phasing-out of high hazardous Pesticides, chemicals and waste.

He added that the organization will also help in fighting COVID-19 thereby stopping the spread and restore health density in thetheq communities.

Mr Musenga appealed to other National Focal Point leaders to work hand in hand with CEHF in sharing and discussing how best they were handling environmental and health issues in their respective countries.