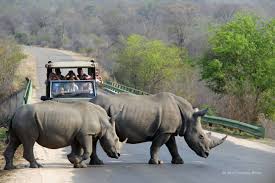 The Ministry of Tourism and Arts has unveiled two Strategic plans that will enhance conservation of  Rhino, Cheetah and Wild dogs in the country.

Dr. Banda said the purpose of the Strategic Rhino Conservation and Management Plan is to define the conservation goals and provide guiding principles and best practices for the management of all Rhino population, weather on state land, private land or land under customary tenure.

He said the two documents were aimed at providing means of protecting wildlife resources in Zambia, adding that the revised policy recognizes the Ecological and Social Economic importance of Wildlife and National Development.

The Minister said the Ministry has continued to build capacity of the Department of National Parks and Wildlife by securing treasury authority to recruit more than 300 wildlife police officers to ensure effective protection of wildlife, while providing employment for Zambians.

Dr. Banda said Government has realized that the loss of Rhinos mainly through poaching and inadequate policy is disastrous for Conservation and Social-Economic Development of the country since Rhinos are an important species for tourism attraction.

“As one of the big five wildlife species, Rhinos have the potential to contribute to the tourism development,” Dr Banda said. “It is against this background that Government decided to reinforce the species back into the country.”

He said the efforts to address the situation of poaching of Rhino, is part Government of long term goal of creating a diversified and resilient economy for sustained growth and social-economic transformation.

“My ministry’s long-term vision as described in this Strategic Rhino Conservation and Management Plan is that by 2030, Zambia should have graduated from a Rhino recovery state into an internationally recognized major Rhino management state in Africa, as it was before the 1990s,” Dr. Banda added.

Meanwhile, Dr. Banda said that with regard to Cheetah and the African Wild Dog, the range for Cheetah is slowly contracting and now has mostly remained in protected areas found on the Western side of Zambia such as Liuwa, Kafue and Sioma- Ngwezi National Parks.

“It is sad to note that Cheetah has not been seen in South Luangwa National Park for almost a decade now, while only one male Cheetah was spotted in the Lower Zambezi National Park in that Period,” the Minister stated.

Dr. Banda said the National Conservation Action Plan (NAP) for Cheetah and Wild Dog, like the Rhino Strategic is also in line with the Seventh National Development Plan as it supports Tourism development through restocking in identified National Parks.

The Minister said the plan will be implemented under five themes namely Capacity Development, Knowledge and Information, Information Transfer, Coexistence, Land use, Political Commitment, Policy and Legislation, and National planning.

Dr. Banda further said Government is in a hurry to deliver tangible results to ensure that the people of Zambia benefit from tourism as proposed in the Tourism Master Plan and in the Seventh National Development Plan respectively.

The Zambia Meteorological Department reports that in the next 24 to 48 hours’ strong winds exceeding 50km/h are likely to be experienced over the...