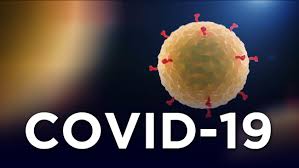 Health Minister Chitalu Chilufya says the fourth Covid-19 related death involves a known chronic patient who had cancer of the colon, which had spread to the rest of the body, besides having a history of tuberculosis and pneumonia.

Dr. Chilufya said the victim, whowas a resident of Lusaka’s Chamba Valley area, was reported to have gone to the hospital ill and was later pronounced dead.

Speaking during the routine briefing on COVID-19, the Minister of Health also said one new case of COVID-19 has been recorded.

He said this is from the 785 tests conducted in the last 24 hours.

Dr. Chilufya says 14 people have been discharged and that these include one patient from Masaiti, a health worker and the three-months-old baby.

He says the country now has 43 active cases, with 92 recoveries in total.

Dr. Chilufya adds that the community screening in Muchinga Province which started yesterday has continued and 456 people were screened.