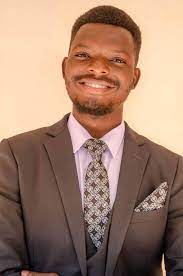 In an interview with Lusaka Star, SRC Speaker, Chimbali Biemba said the budget was rejected after the council observed that the same commodities in the budget had different price allocations.

The expenditure was more than what is in the account currently, but that was justified by the executive to say that they want to venture into business to generate some income.

However, what did not sit well with some council members is that we had some commodities of the same kind with different price allocation,

Biemba said the budget therefore failed to be approved as two thirds of the SRC members  were not happy with the document.

If you read the constitution, SRC members are supposed to vote and two thirds have to agree whether the budget moves on to the next stage or it needs to be taken back to the executive. However, the members had some reservations,

The SRC speaker has since urged the UNZASU cabinet to  present a revised  budget that will  benefit  all students at the University of Zambia.

We have not really given them an ultimatum so it is up to them to work faster and present to us the budget again, and we will be ready to look at it again,

The council expects the budget to reflect mostly the things that will be of great benefit to the students and the prices should be revised, and they should make sure that there is uniformity in the way they come up with these prices.

Hip-Hop and R&B singer Mulaza kaira popularly known by his stage name, Macky2 or DJ Bugar,  has disclosed that music has turned more into a...