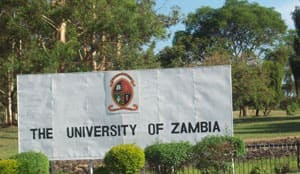 “The policy of the University of Zambia is to ensure that students are provided with all aspects of an enabling environment including security” The University of Zambia(UNZA) management has vowed to tighten security at the institution following a series of attacks on students, especially female students.

On Tuesday last week, a named second year student in the School of Natural Sciences was attacked on her way from the library to her boarding house outside campus.

The unknown attackers got away with the victim’s bag and purse while she escaped unhurt.

Speaking in an interview with the Lusaka Star, UNZA public relations manager Damaseke Chibale said the institution is saddened by the violent incidents and sympathizes with the victims.

“The policy of the University of Zambia is to ensure that students are provided with all aspects of an enabling environment including security,” he said.

Mr. Chibale said that the university is fully aware of the situation and has since engaged a private security firm to help tighten security on campus.

"We are in the process of procuring a private security firm and as soon as this firm is in place we expect security to be maintained, besides that we have a full flagged security department”, he assured.

He noted that UNZA management is now working with the Zambia police and patrols are in place to ensure that students are not harassed.

Mr. Chibale explained that because of the fast growth of the University population, the security unit has become inadequate hence the decision by management to engage a private security firm in solving security problems at the institution.

When asked why security guards left gates early, the UNZA public relations manager attributed this to the inadequate security wing at the institution.

“The situation will be solved as soon as private security firm comes into play,” he emphasized.

Mr. Chibale further revealed that as a long term solution to the problem UNZA has engaged the African Brothers Corporation contractors to put up street lights around campus and maintain roads at the country’s highest learning institution.

The public relations manager has since appealed to UNZA students particularly those in boarding houses to avoid moving late in the night especially with variables like laptops.

Mr. Chibale also asked the students to make sure they move in groups at night and also acquire security contacts in case of any attacks.

Meanwhile, students living in boarding houses have expressed concern over the recent wave of attacks.

The students fear for their lives, saying the attacks are not a new phenomenon.

Memory Mubanga, a third year student in the School of Humanities and Social Sciences, said she is no longer free to move around after 19:00 because she fears she might be the next victim.

“It is difficult to study in the boarding house especially with this load shedding and we also need to discuss with our colleagues who live on campus,” she lamented.

Another student Bernard Mwinga questioned why the exit points at UNZA are not fully manned as the institution heads towards the closure of term one.

“I feel the security unit is more concerned about property than human life which explains why the gate is left unmanned from as early as 20:00hrs,”  He said.

It has been observed that as the institution nears closing, cases of theft and attacks on students increase. UNZA will close for term one on 18th December, 2015.

A cross-section of the University of Zambia (UNZA) students have bemoaned poor sanitary facilities at the country’s oldest institution. In an interview with Lusaka Star,the...