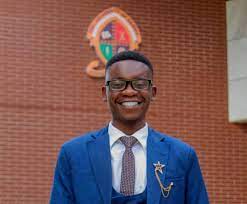 University of Zambia Student Union(UNZASU) has proposed a budget of over K 5 million for the 2022 academic year pending approval by UNZA management and the Student Representative Council (SRC).

In an interview, UNZASU Prime Minister, Victor Nyambe said the largest portion of the budget has gone towards improving sanitation and lighting in the hostels.

Our aim is to atleast improve the water system especially in hostels that are highly affected.We also want to attend to the toilets especially at the Ruins and Africa hostels in particular, as they are in a mess,

Nyambe said the Union plans on buying pressure pumps that will ensure that water reaches the  upper floors of hostels both at the Ruins and New Residence.

Our priority is to rehabilitate the female hostel at Africa, Mwanawasa Block 2 and 3, as well as Soweto Block 4,

The Prime Minister further disclosed that UNZASU will  renovate the October hostel that was burnt during riots held in 2018.

The people that are incharge of the October hostels gave us the go ahead to renovate that hostel and if the hostels had any police issues, they would have mentioned,

The Ministry of General Education has revealed that the examination Council of Zambia (ECZ) has withheld 78 grade nine results due to malpractice related...