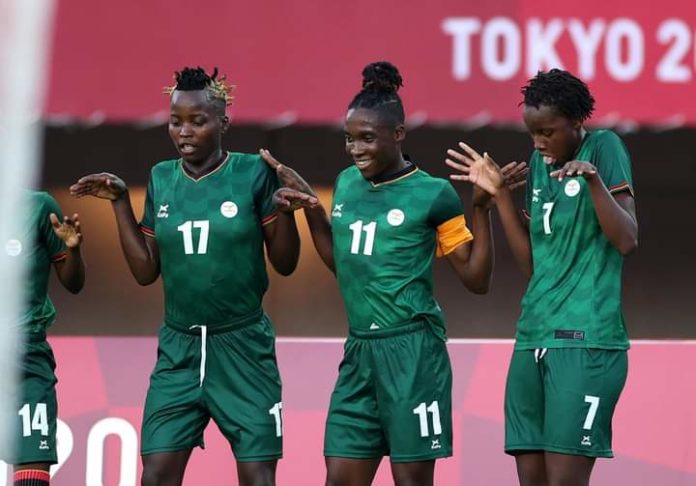 Malawi Under-20 Women National Team coach has expressed confidence in her team to bag a win in the first leg of the second round, of the 2022 Costa Rica FIFA Women’s World Cup qualifiers against Zambia.

Despite having seven of our key players out of the squad due to COVID 19, we have prepared adequately and the team will be fine, Chombo  said.

And, Young Copper Queens captain Susan Katongo said the team is in high spirit and competitive enough to emerge victorious in the encounter.

We are confident that we will win tomorrow’s game (Friday) as the morale is very high, with everyone willing to bring our country up, Katongo said.

Meanwhile, sports analyst Ian Lubinda said the debut game is expected to be a competitive match as the opponents are equally eyeing for a win.

The match will not only be interesting but competitive as Young Copper Queens coach  Charles Haluboono has assembled a preposition that is anticipated to carry the day, but they are playing a determined opponent in Malawi, he said.

Another Football Analyst Musonda Chibulu, has urged Zambia to be cautious as they explore their chances of scoring in the game.

The game will be played behind closed doors at Nkoloma Stadium in Lusaka.

Cancer Diseases Hospital has disclosed that is treating about four males for breast cancer. The hospital's Resident Medical Officer, Dr. Chuma Njovu disclosed this to...