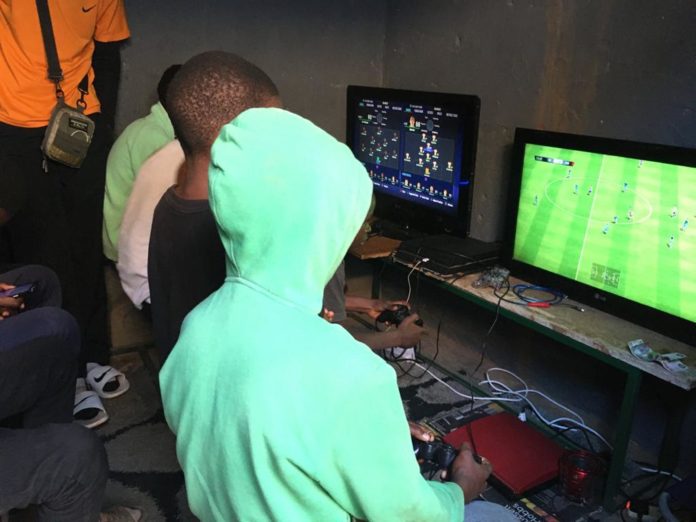 Small businesses in the country have wailed the frequent closure of schools due to the Covid-19 pandemic as this has negatively affected their trade.

Speaking in an interview with Lusaka Star, Mwamba Nkole, the owner of Oakwood Game Center, said his business has suffered due to the recurring closure of schools in the country which has been happening since March last year.

Mr. Nkole said under normal circumstances, schools close for a month every term but after the pandemic, schools have closed so many times that it has caused his business to go down.

On a daily average, my business used to make around K97 income, but ever since schools were closed by government due to the pandemic, the average daily income is just around K20,

Mr. Nkole explained that game stations such as his highly depend on school-going children, and during school days the business is at its peak because children use their lunch money to pay for the video games.

He added that since the pandemic hit, his business has gone down because children are no longer in school and hence, are not given money for lunch anymore to play video games.

Mr. Nkole noted that despite children having more free time, they have no one to give them money for playing games because everyone has been affected by the pandemic, including their parents.

Mark Chanda, co-owner of Oakwood Game Center, said that even though the business still has customers, it is still challenging because of the Covid-19 restrictions.

He explained that following Covid-19 guidelines such as social distancing has been difficult for the business.

We are a small business and having to buy hand sanitizer for the children and germ killer for the controllers is costly,

He has since urged the public to follow Covid-19 measures in order for things to get back to normal.

And James Mwaba, a grade nine pupil that often plays games at Oakwood Game Center, said that ever since schools closed, he has only been able to go to the Game Center if his parents send him to buy something and he is given the remaining change.

He also said that it is more fun to play games with his friends from school but because his school mates stay in different places, he does not go to the Game Center as often as he used to.

Meanwhile, Wanga Chinyama who sells fritters and other snacks outside Tum School, said that she has been greatly affected by constant closure of schools because her business highly depends on the school being open.

She explained that before Covid-19, she would make two buckets of fritters and would sale everything before knocking off but after the pandemic hit, it has not been the same for her business.

Ever since the pandemic, I make a bucket full of fritters in the morning and I knock off with the bucket almost full,

Ms. Chinyama said that her products usually go to waste and she is left with no capital to buy her ingredients.

The Zambia Population-based HIV Impact Assessment (ZAMPHIA) survey for 2020 will be a nationally representative household-based study that will provide Home-Based HIV Counselling and Testing (HBHCT) with immediate return...