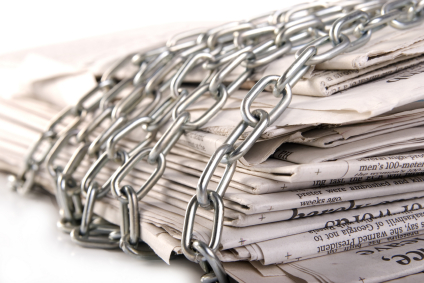 The Media Institution of Southern Africa (MISA) Zambia has said the media currently faces increased threats on its freedom and role.

MISA Chairperson Helen Mwale said, Journalism is one of the professions that is highly exposed to threats in the country following the recently proposed cyber security bills.

According to the ‘State of the Media in Zambia’ report of the 2nd quarter of 2018, the proposed cyber security bill saw the near death of the talk on the enactment of the Access to Information (ATI) Bill.

“If the threat on freedom of expression is not well checked, not only will it take away media freedom, but affect the public as well,” said Ms.Mwale.

She added that there is lack of regard for the rule of law by law enforcers and this has affected media performance as fear breeds among journalists for safety in their line of duty.

It is unfortunate that Zambia lacks plurality of voices which enables democracy to thrive, she said.

Ms.Mwale added expressed disappointment in the fact that the media that published divergent views as a way of promoting freedom of expression and providing checks and balances in this quarter was treated as information aimed at damaging Zambia’s image and not for the country’s well being.

“The government must therefore act in good faith and present the ATI bill to Parliament as a matter of urgency and good governance, “stated Ms.Mwale.

She has since urged the media not to relent but keep doing the right thing while pushing towards the struggle for freedom of expression and media freedom.

“With freedom comes great responsibilities, we should therefore focus on issues of standards and integrity to increase media credibility,” Ms. Mwale said.

The Olympic Youth Development Centre (OYDC) is scheduled to hold the Teuling Youth Sports Challenge games every Saturday to recover lost time during the...