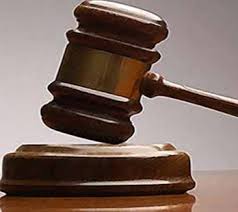 Statistics obtained from Boma Local Court by The Lusaka Star indicate that almost all the 207 divorces granted by the court were due to irreconcilable differences.

The statistics also revealed that 90 percent of the couples that were granted divorce were below the age of 25 and lacked formal education.

Most of the couples who were granted divorces in April had stayed together before legally getting married and only obtained marriage certificates when they were required at their place of work.

Meanwhile, Registrar of Marriages at Lusaka City Council, Mr. Henry Kapata expressed his disappointment at the high levels of divorces being recorded in the District.

He said most young people were getting married for the wrong reason which leads to them opting for divorce when they start having problems.

Mr. Kapata explained that parents should advise their children to focus on getting an education first and wait until they are emotionally mature in order for them to handle problems properly when they get into marriage.

He also urged parents not to rush their children into marriage, especially girls because they were the most vulnerable in terms of gender based violence (GBV) in marriage.

Mr. Kapata further advised young people to desist from living together before marriage as this is against the Zambian traditional norms.