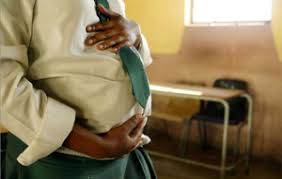 A Lusaka based mental health expert has called on government to stiffen laws against child sexual abuse as it is a cause of many mental health disorders in children.

In an interview, clinical neuropsychologist, Khaluso Masuwa said that much has not been done to ensure that cases of child sexual abuse are dealt with by the authorities.

Some cases usually end at family level without the family really taking the matter to the police or courts of law so that the defiler is dealt with,

Masuwa added that sexual abuse leaves children mentally disturbed as they lose trust and confidence in everyone around them.

Usually, children tend to suffer post-traumatic health disorder as the abuse increases their levels of anxiety to an extent were they will start fearing anyone closer or similar to the one who abused them,

He further said that the fear developed in children as a result of being sexually abused makes them lose concentration at school.

Children develop social anxiety making them closed up and cannot  play with friends at school because they think everyone knows about the abuse and fear that someone else might abuse them,

According to the Zambia Police 2021 Third Quarter GBV Crime Report, 496 cases of child defilement were recorded involving  486 were girls and 10 boys.

Government has established the long awaited national committee for Intangible Cultural Heritage (ICH) with communities to facilitate the implementation of the 2003 UNESCO Convention...