GOV’T OFFICIALS SHOULD BE HELD ACCOUNTABLE FOR CORRUPTION-CiSCA 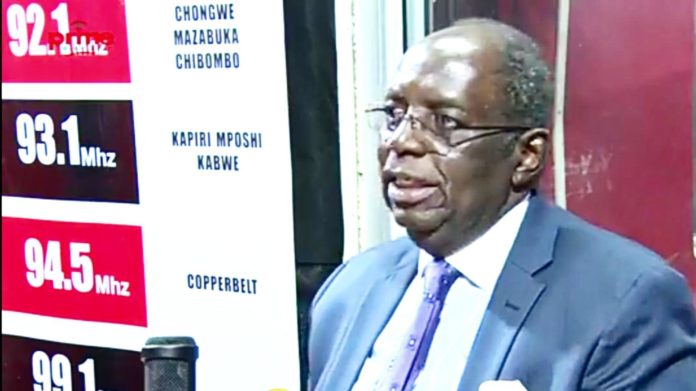 CiSCA Chairperson Bishop John Mambo stated that corruption will not be curbed if any criticism directed towards the government or public officials from institutions like the Financial Intelligent Center is received with so much defensiveness.

He said this when he featured on Joy FM and Prime TV’s collaboration programme which carried the topic titled ‘Corruption Fight in Zambia’.

“We need a constitution that will allow people to call the President, the Ministers, or the Permanent Secretaries to account for their actions, especially regarding misappropriation of public funds. However, what is happening today is that we have kings who cannot be criticized ruling us and because of that we are drowned in the Dead Sea,” he said.

The Bishop added that since Zambia’s declaration as a Christian nation, the church has been expected to be in front towards fighting corruption and that the voices of Christians should be heard in all fields of national concern.

He also raised concern over how the people he ministers to as the body of Christ had been so quiet about the wrongs happening in the country.

“I am of the notion that you cannot separate politics from religion because those forces should work together towards a common good. People have forgotten that politicians are in service because of the people of God which is similar to early kings who political leaders of some sort,” the Bishop stated.

Meanwhile, he stated that CiSCA is a consortium of different organizations whose main focus is to see to it that Zambia holds a constitution that can stand the test of time and not be butchered by every ruling government.