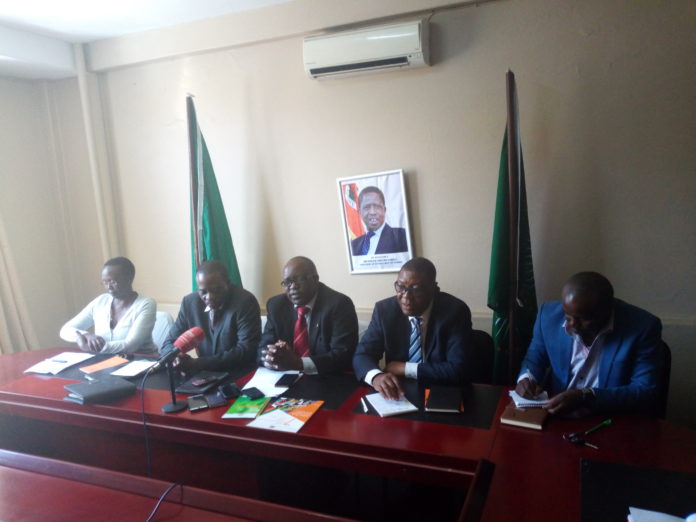 The Economic, Cultural and Social Council (ECOSOC) of African Union (AU) says the relocation of its secretariat to Zambia will help the organization to closely work with government in the implementation of the development agenda.

ECOSOC, which is an organ of the AU has previously was located in Ethiopia at the continental organization’s headquarters.

Country Chairperson Dean Mulozi said the presence of the international organisation’s secretariat in the country will amplify the voices of the civil society with regards to their advocacy for good governance in Zambia.

He disclosed that the efforts for the relocation were initiated by President Edgar Lungu and that Zambia will ‘greatly’ benefit from it.

“Having ECOSOC offices in the country will enhance political will, help in social accountability of duty bearers, increase Public Private Partnership (PPP) and spearhead capacity building,” he said.

Mr Mulozi also said the initiative will help in ensuring that the country benefits from its resources in the quest to achieve the Development Agenda 2063.

Other notable benefits from ECOSOC’s relocation Mr Mulozi mentioned include the creation of employment and boost to the tourism industry due to the presence of an international organisation.

He, however, disclosed that land for the construction of the secretariat has already been allocated and that construction works after the AU’s 3rd  General Summit mid this month.

“ECOSOC has been given a 10 acres’ piece of land at the Airport roundabout near the shopping mall  for the construction of the secretariat infrustructure,” he added.

“The issue of conflict, peace and security has for long time been on the agenda of Africa and there is need to channel these efforts to the development of the continent as have many other challenges we need to address,” he said.

He added that ECOSOC is committed to eliminating conflict on the continent, in line of the agenda; “Silence the gun by 2020” so as to sustain economic progress.

ECOSOC is set to officially be launched on the 10th June, 2019 after the end of the 3rd General Summit, to be officiated by President Edgar Lungu.

CHIPOLOPOLO GEARS UP FOR MALAWI FRIENDLY

Zambia national football team gearing up well for the friendly match against Malawi on October 7 in preparation for the AFCON qualifiers in November. Speaking...