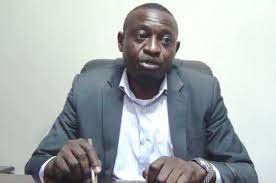 Professional Teachers Union of Zambia (PROTUZ) has attributed the poor performance of 2021 grade nine pupils in mathematics to lack of adequate specialised mathematics teachers in schools.

Minister of Education Douglas Syakalima, Monday, said that the analysis of the performance by subject of the 2021 grade nine internal examination results revealed that the lowest pass rate was recorded in mathematics at 44.5 percent.

In an interview with Lusaka Star, PROTUZ General Secretary, Kangwa Musenge said that despite the high pupil-teacher ratio in most schools, government has not provided incentives to motivate mathematics teachers.

Kangwa said his Union is however hopeful that the Ministry of Education will employ more mathematics teachers  as they embark on the recruitment of 30 000 teachers this year.

Meanwhile, an education expert, Rozious Siatwambo has blamed the poor performance of grade nine pupils in mathematics on the method of teaching being used in schools.

Siatwambo, who is also proprietor of Great North Road Academy, urged the Ministry of Education to adopt and implement modern ways of learning mathematics such as Abacus like is the case in India.

The usage of Abacus will enhance the interest in pupils to learn mathematics, hence, the performance of mathematics at both primary and secondary levels will improve,

Mathematics is one of the most important subjects to pupils because it helps open up their minds to solve different problems.

The Disaster Management and Mitigation Unit (DMMU)  says the nation is well prepared to prevent hunger through the interventions  set up to mitigate the...