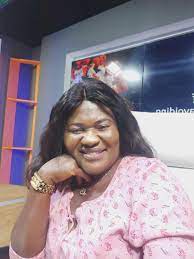 A Lusaka based marriage counselor says the decision by government to reunite all married couples within the public service and local government will reduce the number of divorce cases in the country.

In an interview with  Lusaka Star, Alice Banda, who is also known as  Diva Wokwana, said this government policy will help couples  separated by employment build strong relationships and families.

It is a good move, as this will help stop the issue of unfaithfulness that a lot of couples have been dealing with because of long distance due to employment,

Banda said reuniting couples will also ensure that they are actively involved in the affairs of their children.

Raising children is not child’s play, as such, there is need for both parents to be present throughout the children’s lives,

Meanwhile, Muyunda Mwitelela, a civil servant working in Kalulushi district of Copperbelt province,  said that he sometimes goes as long as four months without seeing his family which is based in North-Western Province.

Working away from my family has not been easy as I have been away from them for four years out of the seven years that have been married. Even when I get to see them, I do not spend quality time with them because I have to return to work.

My wife and two children are in Chavuma district, North-Western province and I have had to endure the pain of being away from them for four years now,

He also added that being away from his family has negatively affected his relationship with his children.

There are times that I go home and my children look at me like a total stranger because I am not there most of the time,

Mwitelela has since commended Government’s decision as it will help him and other couples  reunite and live with their families.

Acting Secretary to Cabinet Patrick Kangwa, last week, announced through a Circular that married couples working in public service, Judiciary, and local government should not be separated on account of transfers.

For every fashion collection, there’s usually a source of inspiration. A muse that a designer is able to tease out and translate into bags,...