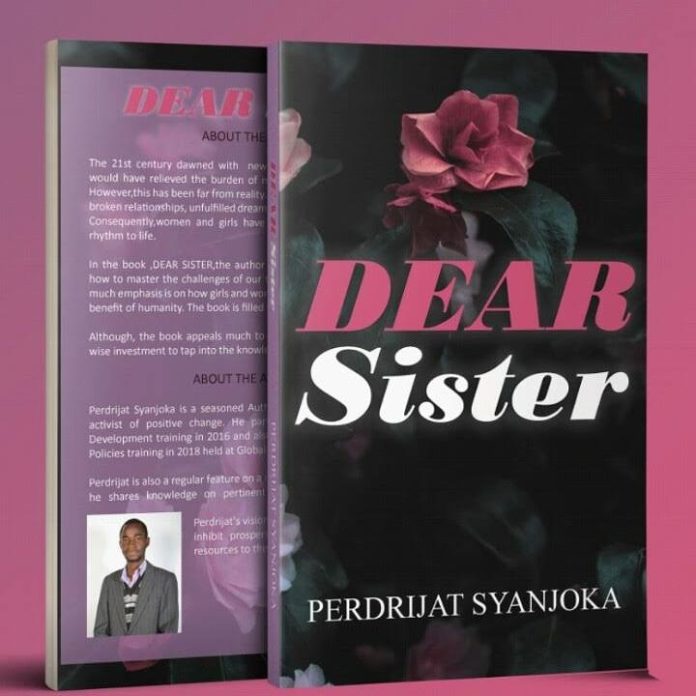 The 65 paged book explicitly reveals a woman’s submission to the will of God so as to fully understand who she is and what her role is to the manifestation of her being.

‘It was whilst at the University that I discovered my passion for writing. I wanted to do something more challenging but as soon as I began writing, I realized I enjoyed it and from there on I became addicted to it and now I took a step further and wrote my second book which focuses on women,” Perdrijat said.

The author echoed that writing has helped him to express his thoughts and reach out to people of different cultures.

He added that his passion for writing was as a result of his father who always emphasized on discipline and responsibility.

However the author exclaimed that a lot of young people especially females have had to face challenges of which many have chosen a life of immorality.

“Despite the predicament, women have proven beyond reasonable doubt that they are a pillar of strength to society and that discipline and responsibility are key to a responsible lifestyle,” he said.

Perdrijat swells on to say the book talks about numerous challenges such as relationships and unfulfilled dreams that continue to dominate the era.
Because of this, the writer says women and girls have then found it very hard to find the rhythm of life.

In the book ‘Dear Sister’, the author also reveals that challenges of this era are predominant however through a life of purpose girls and women can be avid thinkers for the benefit of humanity.

Further, he exclaimed that the book is filled with so much wisdom rarely shared and of the many things; it talks about how important it is to build relationships.

But he affirmed that social media does not pay bills and so it is important to note the roles of certain friendships in the attainment of one’s vision.

To this proliferation he also stresses on Gender Based Violence (GBV) in his write up as it is a topic close to home in this era.

Correspondingly, the book is inspired by modern events of broken relationships and dreams of which women fall prey to.

Meanwhile the young author proclaimed that the book is a revelation of the path to sober decisions which form the foundations of a happy life.

He recommended that although the book appeals more to female folks; it is also an opportunity for the males to make a wise investment by learning one or two things from the book.

The book is scheduled to be launched this year in December.