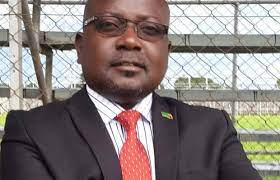 Football administrator Ricky Mamfunda has described the comments made by Football Association of Zambia (FAZ) on the possible elimination of the Zimbabwean National Soccer team from the 2021 African Cup of Nations (AFCON) as a failure of football diplomacy.

FAZ Communication Manager Sydney Mungala told BBC Sport Africa, yesterday, that the country remained open to being part of the Nations Cup in the event that  Zimbabwe is banned by FIFA.

Speaking in an interview with Lusaka Star, Mamfunda, who is also Former Power Dynamos Football Club and Buildcon Football Club Chief Executive Officer (CEO),  said the comments by the  FAZ spokesperson cast the country in a bad light as it implied that Zambia was ready to benefit from their neighbour’s misfortune.

What the spokesperson said does not go well with fostering good football diplomacy in the region,

The sentiments made by the spokesperson made it look like we have been praying for FIFA to ban Zimbabwe, just so we jump on their slot,

Mamfunda said that FAZ should have shown diplomacy on the matter especially that both Zambia and Zimbabwe belong to the same region.

We should have wished our neighbors well in their quest to resolve their issues with FIFA, bearing in mind that we have a regional relationship

Zambia failed to qualify to to the Nations Cup after finishing behind Zimbabwe and the defending champions, Algeria.

The African Cup of Nations (AFCON) which is being hosted by Cameroon will start on Sunday, 9 January, 2022.

Veterinary Association of Zambia (VAZ) says it is in talks with various stakeholders to ensure legal and safe dog breeding procedures among locals...