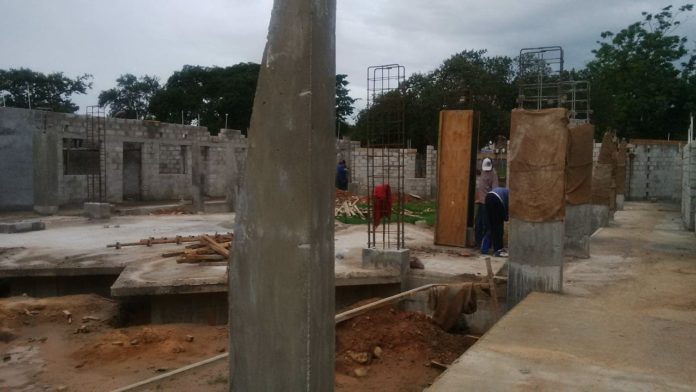 Construction of the University of Zambia’s new primary school for differently abled children around the city of Lusaka has commenced at a cost of over K5 million.

The new building is expected to be environment friendly for people like the visually impaired, handicapped, hearing impaired and other differently abled people.

Site enginner, Prince Munanko said that the School would have four Classrooms, four offices, an assessment room, a rehabilitation Centre, an audiometric lab, a counselling room as well as a kindergarten for the kids as the school would provide special education from Nursery level up to the age of 16 years.

He further said that the school would provide a teaching practice facility for students who were pursuing their Bachelor of Education in Special Education.

“The construction of the school is being funded by an International Christian Organization called Christian Bliden Mission whose prime goal is to improve the quality of life for people living with disabilities in the world’s most disadvantaged societies,”  He added.

Mr Munanko said the organization had invested a total amount of K5, 754, 851.55 for the completion of the school which was expected to be completed in May, 2017.

Janet Mwelwa, one of the Teachers at the Primary School for Children with Special Needs in the School Of Education stated that she is happy with the construction of the new school for children with Disabilities because it will offer a more conducive environment for learning.

Mrs Mwelwa said the current learning environment is not conducive because the children only have one classroom and one single bed which makes it difficult in instances were two or more children want to rest. She said that the children also face challenges when the need to answer the call of nature arises because they have to share the toilets with the University students at the school of Education.

She added that the children currently enrolled are lacking playing materials and hoped that the new school  would address this need.

Mrs Mwelwa said she expects the new school under construction to offer a friendlier learning environment to the children and to put into consideration their needs.

Management at the University of Zambia (UNZA)says rehabilitation works at the institution are still in progress and are soon to be completed. UNZA Public Relations...