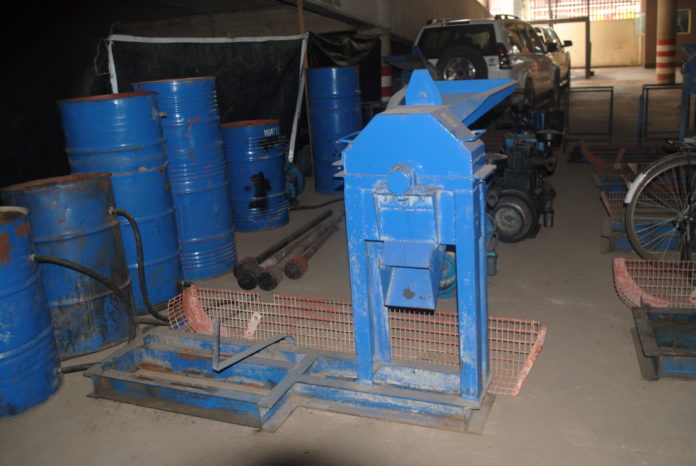 The Anti-Corruption Commission (ACC) has handed over six hummer mills worth K150,000 to  Chisamba District Council following a successful prosecution of a corruption case.

The hummer mills, which were initially meant for empowerment of women clubs in Chisamba were diverted for personal use by former Chisamba Member of Parliament and Deputy Minister of Local Government and Housing Honorable Moses Muteteka.

Speaking during the handover ceremony, ACC Deputy Director General Rosemary Khuzwayo disclosed that the forfeited hummer mills were previously given to Mr. Muteteka’s relatives and friends.

Mrs. Khuzwayo said following the diversion of the assets, ACC launched an investigation into the alleged abuse of authority of office regarding the purchase of the hummer mills using Constituency Development Fund (CDF).

“The ACC swung into action in 2012 when it commenced investigating the corruption case where we discovered that these hummer mills were diverted and the matter was taken to court in 2013 for prosecution,” she said.

Mrs. Khuzwayo said after judgement on 14th November 2017, Mr. Muteteka was convicted on two counts of Theft by Public Servant and Abuse of Authority of Office.

She said the court further meted out a fine of K10,000 for abuse of authority of office and in default payment 9 months’ imprisonment.

Mrs. Khuzwayo stressed that the convict was also sentenced to 12 months’ imprisonment with hard labor suspended for 2 years.

And Mrs. Khuzwayo urged public officers to uphold integrity and ethical behavior because it is an indispensable toll in discharging public duties.

She further warned perpetrators of corruption, especially public officers to desists from engaging themselves in the vise as that the commission will not tolerate any criminal behavior.

Witnessing the handover, Minister of Local Government Vincent Mwale bemoaned the continuous injustice and derailment of the country’s development by ‘selfish and undeserving beneficiaries.’

“It is sad to note that citizens are negatively affected because resources are illegally stolen thereby undermining government’s efforts to provide basic services to our people,” Mr. Mwale said.

Mr. Mwale charged that government will ensure that all erring officials are persecuted, at the same time repossessing and proper disposal of the stolen resources.

He further called on member of the public to report all manner of corruption to enable the eradication of the vise.

Meanwhile, Chisamba District Council Secretary Titus Goma thanked ACC for returning the assets to the people of Chisamba and further assured the minister that the forfeited items will serve the intended purpose.

LUSAKA Water and Sewerage Company (LWSC) says massages circulating on social media claiming that the company had warned about its water being contaminated were...