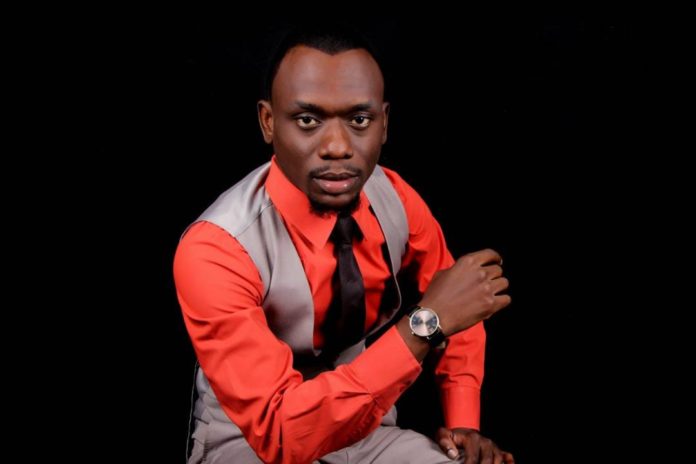 Battling rejection and bitterness, bearing a mind with thoughts of inferiority and the fear of death and fighting asthma has been the life of a now renowned TV and Radio personality, Antonio Mwanamuke.

Popularly known as Yellow Dove, Antonio was born and bred in Lusaka’s Makeni compound in a humble farm house and lived with his aunt and uncle Mr. and Mrs. Dasilva.

He is the only child of Mr. and Mrs. Mwanamuke.

Antonio describes his childhood before receiving Christ as “not such a happy one.”

“I was always looked down upon by my peers because I could not read or write… I still remember not being able to read in grade six,” he said.

His introduction to primary education was at Buyuni Primary School in Makeni.  He later moved to Arthur Wina Basic School in 5th grade where he experienced some life altering experiences that would mold him for the rest of his life.

The Yellow Dove explains that his transfer to Arthur Wina Basic School made him realise how retrograde he was in terms of his education and heightened his awareness of how poor his family was.

As a young boy, Mwanamuke was plagued by frequent asthma attacks that left him gasping for breath every single night and with a gripping fear of death. He remembers how his parents would constantly pray for him regarding his condition and encourage him over his poor grades.

One night he recalls having such a severe asthma attack that he was certain he was about to die, the fear of dying and going to hell clinging to his young soul as he gasped for breath. That night the young sickler decided to give his life to the Lord, asking him to heal and help him to learn how to read and write.

“I remember feeling so free and light after praying, I became so sure that even if I were to die that night I would surely enter heaven,” he humbly remembers.

After various attempts to learn how to read and continuous fervent prayers asking God to help him learn how to read, the young believer experienced a miracle in the first term of the 7th grade;  as he constantly continued to pray and practice how to read, he miraculously transitioned from being the dull kid in class to scoring the highest marks in the entire school!

“It’s funny how the tables suddenly turned for me, the people I once envied in school now wanted to be my friends and were coming to me for academic help,” Antonio recalls.

He attributes the dramatic change he had experienced to becoming a Christian.

“Ever since I had asked Jesus to come into my heart I even stopped having asthma attacks,” he fondly recollects.

In the year 2008, Antonio was a first year student at The University of Zambia pursing a degree in Mass Communication. It was while at UNZA that the song that would put him on the Zambian musical scene would be born.

In his second year of study, Antonio saved up his monies to record his first ever hit song “What would Jesus Do.”

As soon as the song hit the Zambian airwaves it got so much feedback hitting radio charts and allowing the upcoming rapper to be invited on various television shows to discuss the meaning behind the song.

Antonio was soon given his own radio show at UNZA radio which he entitled the ‘Yellowholic’ show that centered on playing urban gospel music.

It was then that his life took a drastic change in the negative direction, Antonio started facing severe mental relapses that caused him to act like a mentally disturbed person. These episodes came at a time when his career was just getting established through his hit single.

He remembers how the episodes started as he was on his way to see his father after experiencing what he terms as a vision. The “Mposheni” singer remembers feeling like his real self had been suppressed within and taken over by a different being.

“It was like the real me got locked up inside and I could hear lots of thoughts and ideas running through my head and making me confused,” he narrated.

The Dove remembers how he had fouled up many radio interviews due to his unstable mental health.

“One time I had an interview at Radio Christian Voice to discuss my new music. However, just a few minutes into the interview I suddenly got up and started running around like a little boy singing “What would Jesus do,” he said.

That encounter led him being escorted out of the building by security. Antonio attests to having hurt a lot of people and losing opportunities during his insane moments that for a while he almost gave up on his music.

During this trying time Mwanamuke was diagnosed with Bipolar Disorder and was put on medication. However, the relapses continued for close to a year and he wholly attributes his well being to the healing hand of God.

Despite this trying period, the yellow dove refused to give up on his career; In 2010, he released his debut Album called “Born to Win”. Two years later saw him releasing another album called “Born To Win Reloaded” which gave 80% of the album proceeds to helping identified street kids get back into school.

The year 2017 was indeed a magnificent year for the gospel rapper as he was able to add three more chart topping singles to his name; “Mposheni”, “Cry from Hell” and “Aseluke” all took the radio airwaves and television stations by storm.

The singer then released his first book titled “BORN TO WIN” which is mainly centered on his journey from a poor boy to a renowned gospel singer making his own mark in the music industry.

Ophelia Muchele a gospel artist who featured on his recently released track “Better than Sex”, describes Antonio as a “very wise, humble, organized person with a heart for the less privileged in society.”

When asked about his inspiration to succeed, Antonio confidently replies that death inspires him.

“No One is guaranteed the next day, so I always use the time that I have today to make the most of what I can do,” Mwanamuke explains.

He also attributes his passion to succeed to studying people who are successful in life such as Oprah Winfrey and listening to sermons from Joel Osteen and Bishop Joe Immakando.

Despite all the hard turns in his life Antonio Mwanamuke is indeed a flying dove who has achieved quite a lot to his name a renowned gospel hip hop rapper, song writer, TV producer and presenter, book writer and full time journalist at the Zambia National Broadcasting Corporation (ZNBC).

Antonio points to having his own radio and television station as well as his own record label as some of the things he would like own in the near future. He encourages young people to let their points of weaknesses become their points of greatness by learning to see hardships in a different perspective.

Indeed, his is a story of beating the odds. Even as a youth Antonio Mwanamuke is blazing a trail of his own as well as setting a great example for the youths of today.

The Chess Federation of Zambia (CFZ) says the federation is happy that they have managed to get sponsorship for this year’s league. In an interview...