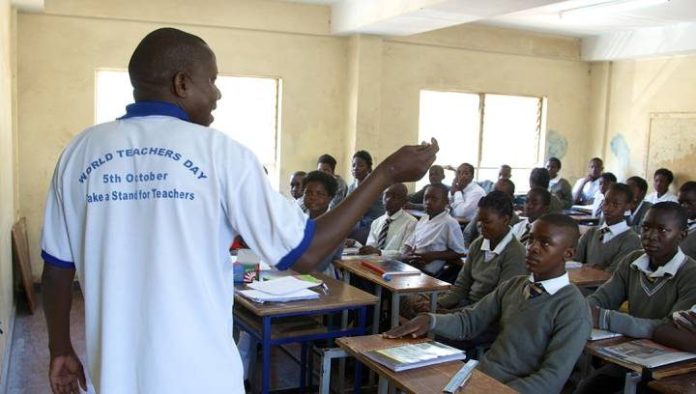 In an interview with Lusaka Star, Muzoka Secondary School Head Teacher Rollins Haamayi, described the decision by government as unfortunate because it has brought panic to teachers due to the inadequate time they have to prepare.

Honestly this directive has come abruptly. We thought schools will open on the 16th of August as it was earlier communicated. But there is nothing we can do except to follow. So tomorrow we will have a meeting as Head Teachers where we shall discuss further on how we shall run our schools,

He further said that preparations are underway to disinfect the school in order to create a conducive environment for the learners as they return to school.

And Matebele Munga, a teacher at the same school, said that the sudden notice is not only a challenge to the teachers but also to the learners as it will affect their response, especially with the current electoral environment that the country is in.

Some schools are polling stations, and some teachers are going to be polling officers. Therefore we don’t know what is going to happen. I think the best way was to open schools on the 16th of August as they said earlier. But directives are directives, we just need to do as we are required.

Mary Mwansa, a concerned parent, proposed that government should have considered giving enough time for parents to prepare for their childrens’ school requirements.

It is very difficult to urgently gather school requirements for our children as some of us have used the money we had, so how do I give my child who is at a boarding school transport money because I am broke.

And the National Action for Quality Education in Zambia (NAQEZ) has also expressed its displeasure at government’s decision to open selected primary and secondary grades just right before elections.

In a statement made available to the media, NAQEZ Executive Director Aaron Chansa, said that while parents want their children back in school, the social, electoral and economic realities should not be ignored especially seeing as 95% of teachers are currently involved in various electoral processes and as such, actual learning would be impossible.

Mr. Chansa has therefore appealed to President Lungu to allow learners and teachers to commence term-two after elections.

However, pupils in examination classes have expressed excitement to hear that they will open schools after staying at home for a long time.

Johns Zulu, a grade nine pupil at Chipata Open Community School told the Lusaka Star that despite his parents having financial challenges to get him school requirements, opening school will help him to catch up on lost time.

It is difficult to study at home so I am happy that we are opening schools. I look forward to learning from my teachers what I have been failing to understand.

He told the Lusaka Star that pupils have stayed home for a long time and now that schools have been supplied with Covid-19 preventive equipment, there is need for learners to report for school so that they can catch up.

We are fully prepared to open because we have little time to catch up, exams for our pupils are not far from now. And as community and private schools, we rely on the school fees from pupils to pay our teachers,

Mr. Daka has since called on government to support private and community schools with equipment that will enable teachers to deliver within the little time that has been left.